Three Questions to Answer Before You Write a Business Plan

By Tim Berry October 17, 2011
Opinions expressed by Entrepreneur contributors are their own. 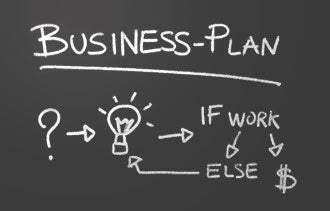 I was at a small-business fair recently and had a ground-level conversation with a woman right at the very beginning of a business plan. As we talked, I realized she was struggling with three vital questions she had to answer before she could get into the rest of the plan. I told her to think hard about the following before going further.

1. What does success look like?
This is by far the most important question that almost nobody asks. I think most of us naturally assume that success in business is measured in growth and profits, or, at the very least, money in the bank. But, in contrast to that standard assumption, if you look around you at the businesses you deal with, I bet you'll see people who care about a lot of other things, besides just growth, profits and cash.

For example, I know people who built their businesses to give them a way to be at home when the kids get out of school, or to have the freedom to coach a kids' soccer team. Is your goal more money or enough money? Will you measure success by achieving financial independence or control of your work schedule? I know more than one person who started businesses just to prove some point, or to do what their last boss didn't let them do.

Related: How to Estimate Startup Costs

2. Do you want to do it yourself or build a team?
This one has a lot to do with personal style, inclination and preference. Some people naturally want to do it themselves, own it entirely, make all the key decisions, and win or lose by themselves. Others can't imagine not being part of a team, with co-founders to talk to, and different skill and experience sets. Which of these types are you?

Yes, the type of business plays a role. You're not going to start a steel manufacturing business by yourself, and you're not going to build a big team to start tutoring individuals in Spanish. But there are so many exceptions to the general rules, I think it still comes down to how the original founder feels about it.

The woman at the fair could easily decide to focus on what she can do by herself, and keep full control, even though that might mean growing more slowly. On the other hand, her idea would be much more likely to get angel investment and grow faster if she had two or three other team members with contrasting skills and experience.

I ended up suggesting she had to decide that one for herself before she could develop a more detailed plan. Having co-founders in a team, or not, changes the nature of a business very fast.

There are tradeoffs either way. The single owner gets to make all the decisions, keep all the glory, and all the ownership. There's no need to negotiate important decisions or share control. On the other hand, the single owner has to do a lot of different things well. And the single owner takes all the risk.

3. Find outside investment or bootstrap?
As with that second question, sometimes the nature of the business dictates going one way or another. If you don't have startup experience, an interesting market, scalability, and a reasonable chance of three-to four-year liquidity, then outside investment (angel investors or venture capital) is probably not possible. And some of the bigger ideas simply won't happen without major investment.

Bootstrapping means doing it yourself and owning it yourself. Usually that takes scaling the business down to a manageable level of focus. Sometimes people will include borrowing money in their bootstrapping plan, but in those cases that money is borrowed, has to be repaid, and the lenders have no formal ownership in the resulting business.

There are some businesses that could go either way. The woman's business involved an invention that could disrupt a market, and so might be one that could get angel investment. Or that entrepreneur could keep it to herself, recognizing that without investment she'd grow more slowly and run the risk of having a competitor knock off her invention and take over the market. That's a tough choice.

Just because you can get investment doesn't mean you should. Investors become partners, and to some extent bosses. You can't have investors and full independence. But you might not be able to build that business without more resources than you can muster by yourself. Here, too, there are significant tradeoffs, and it depends on who you are, what your business will be, and what you want.

Answering these questions usually comes before you get into the details of the plan. It's hard to generate the basic numbers and strategy without first deciding which way to go.