Shira Lazar
October 18, 2011 min read
Opinions expressed by Entrepreneur contributors are their own. 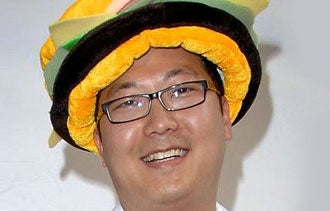 Cheezburger Network CEO Ben Huh is known to be a master of all things meme-worthy. Since acquiring his first blog I Can Has Cheezburger? in 2007, he has helped grow the company to now include 56 sites, which generate an average of 375 million page views and 110 million video views a month. With $30 million dollars raised in 2011, this is surely just the beginning of Huh's Internet culture empire.

So what's the secret sauce to building community and predicting viral content? Here is Huh's advice for making your brand more social:

What's your strategy for using social media to build traffic?
We're a company that spends no money on advertising, so it's really about how we enable people to talk amongst their friends. We know for a fact that a vast majority of people that come to our sites like Memebase.com come because of their friends -- whether it's instant messaging, email or social media. The thing is, we can't forget email and IM. Those are powerful platforms. They don't show up on logs. Word of mouth doesn't show up as analytics data, but it's still very powerful and important.

We're also now concentrating on timing. It's like knowing what time of day to send out emails to your customers. For us lunchtime is a huge deal, but it depends on your business. Social media needs to be similarly thoughtful. Whatever you may be doing with email marketing -- telling a story or giving an opinion -- it applies to tweeting and Facebook. Further, we know that more participation causes our updates to show up on more news feeds, which generates more traffic. So, invite people to participate.

How can entrepreneurs use social media to make their brands stickier?
Having a perspective and opinion is really important, even if it means disagreeing with a lot of people. The worst thing you can do is say the same thing everyone else is saying, because it doesn't make you different. A lot of good writers put themselves out there and those are the types of stories that gain traction. But keep in mind that it's not about the raw number of people who follow you. It's really about matchmaking -- you being matched with various groups of people who want to hear what you have to say. A lot of companies think of social media as a way to broadcast their message, but that's not true. You need to stand for something.

Then, you must listen. You're not using social media to send a message to your users; you're doing it because you want to listen to them. Those 500 people aren't going to make a meaningful difference to your business, unless you allow them to by listening to them and making changes to your business accordingly. It's also a way to reward your best customers. Do something special for them and build more loyalty. If you can grow the level of engagement and get them to love you, then they'll tell all their friends.

How to Create an Amazing Video Ad Without Breaking the Bank