By Diana Ransom October 21, 2011
Opinions expressed by Entrepreneur contributors are their own. 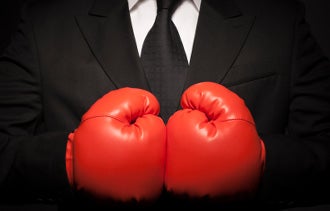 With Groupon's prospective public offering coming up shorter, the tech bubble may be deflated before some investors admit it exists.

Though jarring for Groupon, the news comes as anything but shocking to the venture capital and angel investment community. At this week's Bloomberg Empowered Entrepreneur Conference in New York, investors sparred over whether there was even a tech bubble at all.

For supporters of the bubble theory, exhibit A and B are Groupon and Facebook. Until this week, Groupon had been valued at $25 to $30 billion. Facebook, which is expected to go public sometime next year, has been valued at as much as $100 billion.

But even smaller tech companies have cited expanding coffers in recent years. Traditionally popular investment categories like biotechnology and clean tech witnessed decreased investments during the third quarter of 2011 vs. the same period a year earlier, while the software industry enjoyed its strongest quarter in a decade, according to the latest MoneyTree Report from PricewaterhouseCoopers and the National Venture Capital Association. Over the period, software industry attracted $2 billion -- the highest level of funding for all industries.

Though most investors and IPO watchers at this week's conference agree that some firms are landing exorbitant amounts of investment capital vs. the rest of the startup community, many are stopping short of calling the trend a bubble.

"I think it's more overheated than a bubble," says Jeremy Smith, chief strategy officer at SecondMarket, a private company exchange in New York. "It's not a bubble when a company that's worth $4 million gets valued at $8 million. It's a bubble when a company worth $8 million is going public at $500 million," he says. "Bubbles are systemic. So that means if one thing's overvalued, everything is overvalued."

Andy Weissman, a partner at venture capital firm Union Square Ventures in New York, agrees that the tech bubble doesn't exist. "Karma in the world has increased," he says. "The U.S. is moving from an industrial economy to an information economy, so the opportunities are vastly higher now."

Still, a number of investors are less sanguine. There's a bubble, but it's mainly affecting startups, says Esther Dyson, an angel investor. "There are lots of related companies out there," says Dyson who thinks that a shakeout will take place in the coming years. "They'll buy and sell each other; others will close down… There's too much money going to too few companies," she says.

Bubble or not, however, most investors contend that the constrained IPO market -- save for the hot offerings of the moment including Zynga and Facebook -- will keep pressure on outsized valuations. "The volatile market has an impact on all sectors of the economy," says Eric Hippeau, a partner at Lerer Ventures, a venture capital firm in New York and former CEO of The Huffington Post. "When we talk about Facebook at $100 billion, the market sets the bar. And we don't have that bar today."

Do you think there's a tech bubble? Let us know in the comments section.