Startup Lessons from David Cohen and the TechStars

Carol Tice
Owner of Make a Living Writing
October 25, 2011 min read
Opinions expressed by Entrepreneur contributors are their own. 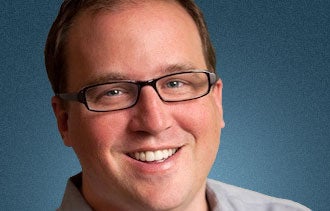 Last week, Bloomberg TV's six-episode TechStars reality show wrapped with a talk-show style look back on the tech-accelerator program, six months after the first New York class wrapped. Ten of the 11 startups were funded, and together they raised $25 million. Even the founder of the one startup that went bust, To Vie For, found a new partner and launched a new company a few months later.

I recently had a chance to ask TechStars' founder David Cohen about how the New York TechStars accelerator program went -- and the impact of its becoming a televised show. Here's our e-chat, along with some success tips for startups from Cohen and the entrepreneurs who participated in the program:

Do you think TV exposure from the show gave this TechStars group an extra advantage?
Honestly, I don't think the TV show had much of an impact in that way. Maybe a little, but certainly not in a make-or-break way. Remember, this was Bloomberg TV, not MTV.

Did this group audition with the show in mind?
Nobody was selected to be on the TV show. We ran our normal process, and at the end told them there was a TV show being made. Nobody knew until they accepted our offer.

What are the key lessons other startup entrepreneurs can take away from the show?

Caren Maio, CEO of Nestio: Follow your gut, but, at the same time, be coachable. Then, be open to new ideas and meeting new people. You never know what's going to happen.

Kevin Prentiss, CEO of Red Rover: It's all about people. The mentorship and relationships you build will be much bigger and last longer than any of the companies you start, and that's what matters.

Melanie Moore, CEO of To Vie For: Take every opportunity that's given to you. Build those relationships because they will serve you for the rest of your career.

Reece Pacheco, CEO of Shelby.tv: Build the product you want to build, have fun and enjoy it.

Would you participate in a televised incubator or accelerator program? Leave a comment and let us know why or why not.