By Carol Tice October 28, 2011
Opinions expressed by Entrepreneur contributors are their own. 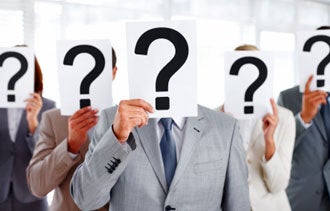 It's a song we've heard all through the downturn: Small businesses create most of the jobs, so they should be the focus of federal assistance.

But is it true?

New data says -- not in general. Businesses with between $10,000 and $10 million of revenue account for just 17 percent of business income, according to a recent Treasury Department report.

Although small businesses overall don't necessarily create the bulk of jobs, one particular type of small business that's a big job driver is startups. Of course, the majority of startups will perish. But the survivors can be major engines of job creation. Think of Apple, Twitter and Zynga. Every big company was a startup once, and, when they take off, they add a lot of jobs along the way.

So if most small companies aren't going to hire, what type of businesses can we look to for job growth? Middle-market companies. Companies between $10 million and $1 billion in sales create 34 percent of all the jobs -- a tiny slice of the U.S. economy that consists of just 200,000 companies, according to a new study from the Ohio State University Fisher College of Business and GE Capital.

Unlike big or small businesses, the study suggests that medium-size businesses aren't typically concentrated in one geographic region, industry or one ownership structure. So they tend to have more flexibility in tough economic conditions than their larger and smaller counterparts.

But it's fascinating to contemplate that these mid-sized companies keep adding jobs without help from the Small Business Administration or the favors and big government contracts so often showered upon major corporations.

What type of businesses will add jobs in the coming year? Leave a comment and give us your take.

Corrections & Amplifications: An earlier version of this article misstated the findings of a recent Treasury Department report on small-business owners. Businesses with between $10,000 and $10 million in annual revenue account for 17 percent of business income.