By Colleen DeBaise October 27, 2011
Opinions expressed by Entrepreneur contributors are their own. 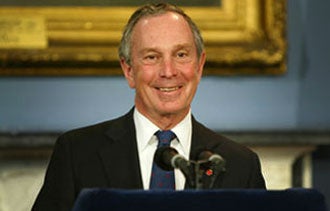 It's official: Small Business Saturday is back.

We're still not sure if Nov. 26 -- the date that American Express has declared the day to patronize small merchants -- will save Christmas, or keep stressed-out retailers from going out of business. But at least the second-annual event is gaining traction, calling attention to small businesses that have struggled in recent years to win customers or compete with big-box stores.

At a press conference Thursday morning in Manhattan, Mayor Michael R. Bloomberg kicked off this year's "shop small" event, urging consumers to support independent merchants on the Saturday after Thanksgiving. "Small businesses are the economic engines of our neighborhoods," the mayor said. "Times are still tough, and we all know there's more we can do, particularly to help our retail sector."

More than 50 elected officials in 30 states have endorsed Small Business Saturday, and some 200 advocacy groups have signed up to spread the word about this year's event.

As it did last year, AmEx is offering a $25 credit to consumers who pre-register their credit cards and then buy products at indie merchants on Nov. 26. The first 10,000 business owners who sign up can receive $100 worth of Facebook ads to build buzz about their Small Business Saturday promotions. (More tools to help small-business owners promote the event can be found here.) FedEx and Google are also on board this year, as is Clear Channel Radio, which this week began airing a Small Business Saturday promotional campaign on its 850 radio stations.

Some critics say the event is a marketing bonanza for AmEx, which clearly benefits from greater use of its credit card on Nov. 26. (And in indeed, small retailers who accept AmEx saw a 28% boost in sales on last year's Small Business Saturday compared with the Saturday after Thanksgiving in 2009, according to the financial-services company's statistics.)

In an interview, AmEx CEO Kenneth Chenault said that while "I prefer our card be used" he wouldn't mind if consumers used cash or "other cards," presumably Visa or MasterCard. "The goal is to 'shop small,'" he said. "What we're finding is that communities and neighborhoods are rallying around this concept." Consumers have an "emotional connection" to their local merchants, he said.

Thursday's event took place at Rothman's, a family-owned men's clothing retailer near New York City's Union Square. Ken Giddon, the founder's grandson who now serves as president, says he expects this year's holiday season to be much better than the bleak years of 2008 and 2009.

"Has it come back crazily big? No," he said. "The customer is still being cautious."

But he says sales are slowly increasing, particularly as he spends more on branding and social-media initiatives, and he plans to move to a larger storefront in coming months. While these days, "you have to work harder… my mantra is 'go big or go home," he says.

What do you think of Small Business Saturday? Leave a comment and let us know.