Entrepreneurs: Are You a Mover -- Or a Head-Shaker?

By Carol Tice November 2, 2011
Opinions expressed by Entrepreneur contributors are their own. 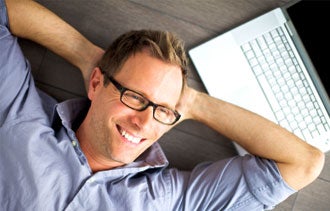 The downturn has created two classes of business owners. Those with the drive to keep their business growing despite the difficult economic scene, and those who are struggling. Research firm Anchor Advisors dubbed them "movers" and "head-shakers."

In a newly released study, Anchor talked to more than 130 mostly founder-led small businesses, the majority with under $10 million in revenue. The goal was to identify the common traits of thriving small business owners, and the behaviors that might be preventing the head-shakers from doing better.

So what does it take to be a recession-era mover? Anchor found five important differences that set movers apart:

No surprise, the movers made a lot more money than the head-shakers. We all know meetings can be a big time waster.

I think the one factor the study may not have quantified that I've noticed in entrepreneurs who're still doing well. It's an attitude of "I'm not going to let this beat me" instead of one of "well, the economy is hurting, so business is down."

Are you a mover or a head-shaker? Leave a comment and tell us your attitude toward the downturn.