By Mikal E. Belicove November 3, 2011
Opinions expressed by Entrepreneur contributors are their own. 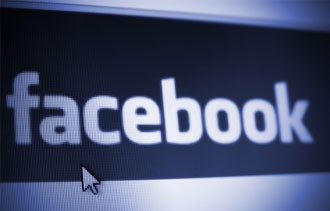 Last week, an appeals court in New York determined that there are limits to how much proof of employee shenanigans a business can legally gather from social media utilities such as Facebook. The Appellate Division of the New York Supreme Court ruled that commercial builder Turner Construction Co. should not have a free hand in searching the Facebook activity of an employee who was seeking compensation in a personal injury suit against the company. The company was attempting to use information from the employee's Facebook account to show that he was not being truthful about the extent of his injuries.

The appeals court decision, which reversed a separate ruling by a state Supreme Court justice, noted that the company couldn’t have access to all of the employee’s Facebook entries because the request for information wasn’t specific enough. Instead, per the latest ruling, the company can only peruse Facebook activities that are relevant, in that the information contradicts or conflicts with a plaintiff's alleged restrictions, disabilities, losses and other claims. That judgment includes activities that are set to private or offer only restricted access to outsiders.

In a similar case last year in New York, a woman who claimed she was bedridden due to injuries had photos on Facebook showing her walking and apparently mobile in front of her own home. The woman was ordered to provide access to private areas of her Facebook and MySpace accounts to the opposing litigant, much like information from an appointment book or calendar might become evidence.

Related: Can Complaining About Your Boss on Facebook Get You Fired?

The courts are saying, in essence, that only content that contradicts with a plaintiff’s allegations can be permitted for evidence. And while the court declared that Turner couldn't have unlimited access to its employee's private Facebook account, it did allow the company some access -- establishing conditions for using that information.

The factor that remains constant in these and other cases: Facebook and other social media sites will continue to be targeted by lawyers attempting to find information helpful to their clients. And now, even password-protected information may be up for grabs.

And if you need more of a reason to pay attention to cases that involve social media, keep in mind that civil law is established through court precedents -- that is, previous court decisions like those mentioned above. So don't think for a moment that rulings in faraway states won't impact your case in California or Illinois or wherever it is you do business.

How do you feel about using social media sites as legal tools? Leave a comment and let us know.