What Groupon's IPO Means for Your Startup

By Peter S. Cohan November 4, 2011
Opinions expressed by Entrepreneur contributors are their own. 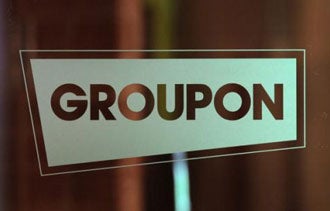 Love them or hate them, Groupon’s opening day of trading could carry vast consequences for everyone from venture capital investors to tech startups.

The Chicago based deals juggernaut intends to raise $700 million by selling 35 million shares at $20 apiece in its first day of trading. Selling a mere 5% of the company is likely to result in a value for the whole of no less than $12.65 billion. Earlier estimates suggested Groupon’s value was about $11 billion.

If Groupon’s initial public offering is well-received today, it could open the door to a string of IPOs -- relieving the pressure on venture capital firms that has built up since the dot-com crash. That relief could further extend to startups looking for funding.

So how well received is Groupon’s IPO likely to be? I think it will surge in the short term but fizzle a year from now. My reasoning stems mainly from the fact that the deal’s underwriters like Goldman Sachs are well-versed in the ways of creating a big first-day pop. And since the offering is oversubscribed -- that is, the total number of shares that people want to buy exceeds the number being offered -- that pop is almost guaranteed.

All banks need to do is sell Groupon’s 35 million shares to their favored clients at the official IPO price. When regular investors clamor to get their hands on the stock, it explodes.

But a quick look at Groupon’s financial statements reveals some serious flaws in its business strategy that I believe could doom it to running out of cash. In 2010, unlike in previous years, Groupon counted $203 million in acquisition-related expense as a source of cash. Groupon’s “explanation” of this item is unclear. Also that year, Groupon held back $149 million of what it owes merchants, far more than the $4.3 million it retained in 2009. Without these two items, Groupon’s cash balance would be much worse.

What’s more, Groupon’s customers pay it less than its costs. And costs are rising. From 2009 to 2010, the company’s marketing expenses as a percentage of revenue more than doubled from 15 percent to 37 percent, while its subscriber count increased 27-fold. Selling and administrative costs also grew over the period from 25 percent of revenue to 33 percent of revenue, and acquisition costs surged from zero in 2009 to 29 percent of revenue.

People are not going to expect great things for Groupon long-term. But the good news is that the short-term enthusiasm could spark renewed interest in IPOs among investors. And that could help boost the confidence of the venture community and possibly pave the way for better quality companies coming to market in the next year.

What consequences does Groupon’s IPO carry for other startups? Tell us in the comments section.