When to Let Employees Work from Home

Telecommuting can be a vital recruiting tool, if you plan ahead and create the right culture for your company. Here's how.
Next Article Add to Queue 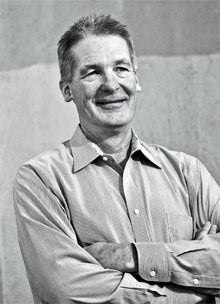 Q: When should a company allow its employees to work from home?

A: It's not as easy as giving everybody a laptop and sending them on their way. But when a company's leadership creates the right workplace culture, says Jim Ball, co-founder of Alpine Access, a Denver-based virtual call-center company and a pioneer in the delicate art of telecommuting, the arrangement can benefit workers, management and the bottom line.

"You have to have it in your DNA the fact that you don't have workers coming into an office space," says Ball, whose 4,500 employees--spread across 45 states--all work from home.

Creating that culture, he adds, means planning ahead to prevent the chaos that can result if you don't. You'll need to take into account, for example, training, security and communication issues. In most organizations, Ball says, the direction should come from the top. "There needs to be a person at a level of responsibility who absolutely embraces the model and ensures that the model is put into place correctly," he says. "For a small company, that needs to be the CEO. The CEO needs to say, ‘We're going to embrace this. We're going to get it done the way it needs to be done.'"

A key part of getting it done is making sure that every worker--at home or in the office--has equal access to technology, supervisors and, of course, promotions. What you don't want to do, Ball says, is create an us vs. them scenario.

"You can end up with people who feel isolated, limited in their ability to move up the corporate ladder, frustrated if the technology does not work," Ball says. "There's a whole list of things that need to be considered when you're putting together a work-at-home operation."

That starts during the hiring process. It's vital to screen your employees carefully, Ball says, to determine who among them can prosper working away from the office. At Alpine Access, prospective employees go through a battery of tests, including a personality test, to identify those who are most comfortable operating on their own (each test is given online or over the phone, rather than in person). "We can tell these are folks who don't need face-to-face interaction," Ball says, "who don't feel threatened by not being physically seen."

As Ball sees it, telecommuting just makes good business sense. It's clear that many other employers agree. Nearly 3 million Americans work principally from home (not including those who are self-employed), according to a study released earlier this year by the Telework Research Network. Another study, by WorldatWork, an organization of HR professionals, showed the proportion of American employers offering work-at-home options grew from 30 percent in 2007 to 42 percent in 2008.

Telecomm "In coming years' work forces, this is going to become more of an expectation with [younger workers]," Ball says. "Preparing for that is really going to give your company access to what's really going to make you successful, and that's high-quality talent."