By Carol Tice November 16, 2011
Opinions expressed by Entrepreneur contributors are their own. 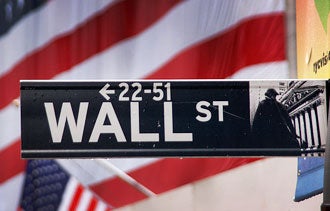 The conversation at some Chamber of Commerce events may be getting heated about now. The reason? Small-business owners are almost evenly split on whether they support the protest movement Occupy Wall Street.

A new study of more than 200 business owners -- most with fewer than 100 employees -- from email marketer VerticalResponse found 49 percent of business owners support OWS, while 46.6 percent said they opposed the street protests against big business and wealthy individuals. The remaining 4.2 percent were unsure of their views.

Many supportive business owners have been actively involved in OWS, either participating in protests or in feeding protesters. Others have asked that protests stop because they are driving customers away from businesses near the protest sites.

The relationship between the entrepreneur's income and their viewpoint was interesting -- just 40 percent of those supporting OWS had income below the 50th percentile, meaning a substantial number of higher earners support the cause. On the other side of the fence, 30 percent of OWS detractors had income below the 50th percentile -- so more are in the lower-income category, but still think OWS isn't a good idea.

A few sample comments VerticalResponse made available from the study shed light on business owners' reasoning, both for and against:

-- "Should their message become more coherent and gain political traction over the long-term, they could inspire knee-jerk legislation that could be harmful to both small and big business alike."

- "It promotes uncertainty in the state of our country. People who are uncertain about the future tend to spend less."

Some owners clearly feel it's smarter to simply concentrate on building your own business than to spend time in park protests. Others feel solidly part of the 99 percent and hope to push for legislative changes that might favor small businesses as compared with large ones. Business-turnaround expert Grant Cardone recently opined that instead of protests, entrepreneurs should focus on selling to those 1 percent wealthiest Americans that OWS supporters blame for our current economic woes. As the protests roll on, business owners will have plenty of time to think about their viewpoints on whether the movement is good overall for small-business owners -- or bad.

What's your take on Occupy Wall Street? Leave a comment and make your case.

Do you want to export? eBay launches its second round of support for Mexican SMEs