Lime Fresh, a Slower Alternative to the Fast-Casual Franchise 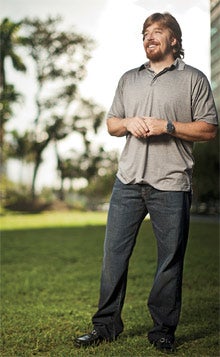 When John Kunkel looked at the design of casual burrito restaurants, he noticed most put an emphasis on speed.

"At so many places, like Chipotle or Qdoba or Moe's, it's cold, hard plastic. The interiors scream, 'Finish your food and move along,'" Kunkel says. "At Lime Fresh Mexican Grill, I wanted to provide a place where customers can stay awhile and have a couple beers. I took our cues from Starbucks and tried to make a 'third place,' a social place where people can come to hang out."

That meant installing soft lighting, comfy chairs and brick-and-copper accents that invite customers to lounge, and employing "fronters," who grab drinks, desserts or extra tortilla chips so patrons don't have to get back in line. The cafe-style service seems to be hitting a sweet spot: Florida-based Lime Fresh has 10 units and hopes to open eight to 10 more in the coming year--and 200 in the next decade.

Even more impressive, veteran franchisor Ruby Tuesday became a licensee of Lime Fresh in late 2010, buying the rights to Alabama and the eastern U.S. We talked to Kunkel about what gives his approach staying power.

Besides the comfy chairs, what differentiates your burrito places from the others?
I came out of a part of the service industry where everything is prepared fresh and cooked to order, and that's what I wanted at Lime Fresh. We have no precooked meat or chicken with stamped-on grill marks. We don't close the store with any food in storage--everything is made from scratch, even the beans and salsa. If we put "fresh" in our name, we have to live up to those standards. And we only use humanely raised meats. It would have been easier to get commodity chicken, and it would have been a quarter the price. That's been a challenge for us, but it has forced us to be a better operator. 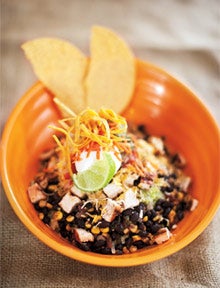 Lime Fresh makes everything from scratch.

How do you afford extra labor like "fronters?"
Having the extra labor pays for itself in increased sales. But we escape higher labor costs because our kitchen is so much more efficient. A "scoop and go" burrito place has eight to 10 people working in it, and we have only four. I come from a kitchen background and always think about efficiency.

Are you afraid of losing the soul of the concept to Ruby Tuesday?
They are literally a franchisee. It's not often a billion-dollar company becomes a licensee of a 10-unit chain. Ruby was looking for ways to provide value to its shareholders and was scouting emerging brands. It took a long time to outline an agreement we were both comfortable with. We keep total control of the brand, and Ruby Tuesday has been passionate about keeping our operating standards and not changing anything. It's been a healthy relationship, and they've helped us achieve better pricing.

What's the other concept you're working on?
I'm opening another franchise this year called Yardbird Southern Table & Bar. It fills the gap created by all the failed casual dining places. It's neighborhood, chef-driven fine dining. It's part of the new Southern movement, with a garden-fresh feel. It's not the Paula Deen version of the South. It's really forward-looking.

You spent your 20s training in martial arts and special forces in China and Thailand. Has that influenced your restaurants?
That was 10 years and 10 pounds ago. Those skills don't help on a practical basis, but in the beginning what helped me was the general confidence that training gave me. And as stress relief, beating up on something is always great.