There are a lot of big players in the snow-sports industry, but many small companies are successfully putting down roots and cornering a niche with creative products and services. Whether born from a brilliant "aha" moment or simply out of practicality, these businesses demonstrate that no matter the idea, there's a way to carve out a piece of the market.

Related: How Never Summer Shredded the Snowboard Industry With Innovation 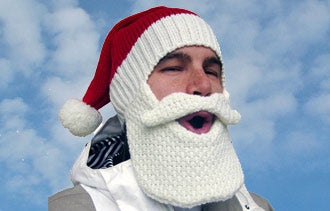 Beard Head: Sure, you could buy a fancy Patagonia beanie to keep your noggin warm. Or you could wear a bearded, mustachioed face mask. Beard Head's knitted caps--which allow for switching out different mustaches (like Fu Manchu, Mario or Walrus) or adding a Spartan or Viking helmet--are practical for protecting your face and lips on the slopes, and also prove you can successfully turn facial hair into cash flow: Launched in 2009, Beard Head sold 15,000 units last year--nearly double from the year before--and founder David Stankunas says it expects close to triple-digit percent increases in units sold and revenue by the end of this year. 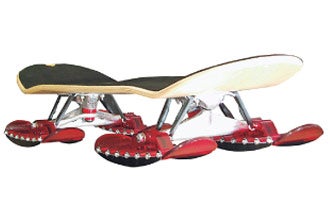 Sport Technology: When Michael Kern came across a 14-wheeled "flowboard"--basically a skateboard-snowboard-surfboard hybrid--in 2001, he knew he had to jump on an opportunity. His 20-year-old company, Sport Technology, bought the licensing rights, then the original board-maker's company, and now also produces the Snowskate, which replaces the wheels of a skateboard with four mini-skis for free-footed mayhem on the slopes. It's available at major retailers, including Target, Walmart and Toys"R"Us, as well as through more than 60 independent toy, specialty and catalog retailers. Company revenue in 2010 was around $10 million, more than double the year before; 2011 revenue is close to $20 million; and Sport Technology forecasts $36 million for 2012. A bad-ass (and lucrative) crossover. 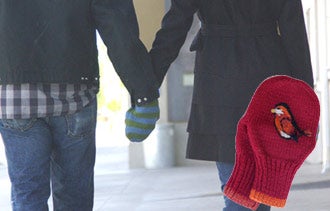 Twitten: Those joined at the hip can now be joined at the hand, too. The idea for this two-person mitten originated from Connie Kaiserman, who first knitted a Twitten in the mid-'60s for her college sweetheart, Steve Robinson, for chilly University of Pennsylvania football games. Today she partners with a textile designer and female Peruvian artisans to produce the Twitten on a larger scale. Now in its second season, Twitten also offers hats, gloves, scarves and "texting mittens." Kaiserman's relationship blossomed (she and Steve are still together) and so did her sales. Win-win.