What I Learned About Entrepreneurship from Richard Branson

By Matthew Toren November 22, 2011
Opinions expressed by Entrepreneur contributors are their own. 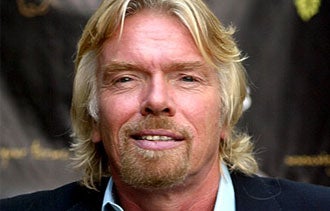 I have man crush on Richard Branson. Though in modern vernacular "man crush" means a deep admiration, it's more than mere respect for Richard Branson's accomplishments that I feel.

Ever since I first heard about Sir Richard as a young kid, I've been drawn to his amazing business sense, thirst for adventure and desire to give back to the world. Even back then, I recognized that the combination of those characteristics is both rare and appealing.

When my brother Adam and I were in our early teens, we had already been entrepreneurs for several years. We were like sponges, soaking up everything we could learn about the business world. At the time, I read a magazine article about Richard Branson that gave me inspiration. The story of a guy, who had started his first business at age 16 and was now one of the most successful people in the world, really made me think about my own possibilities.

Up until that point, I had dreamed of future fame and fortune, and my brother and I had already experienced some success. But I couldn't quite pinpoint where we were going -- until I read about Branson.

Since then -- and throughout my life as an entrepreneur -- I have found myself asking: "What would Branson do?" I admit that I don't always follow the advice the answer brings, but it often helps me see situations in a different light. For example, the first decent size business my brother and I took on after high school was a billiard hall. We purchased the struggling business with high hopes of turning it around -- and eventually did just that. But before committing to the purchase, I remember feeling fearful about putting all of our money into a business that we knew little about. One of the thrills of being an entrepreneur is the risk, but the emotion that often comes off as excitement can also signal fear and doubt.

I sometimes thought: "What are we getting ourselves into?" Then I asked myself: "What would Branson do?" and became excited rather than fearful. Branson is known for his expression, "Screw it, let's do it," which isn't indicative of a reckless attitude but rather a sign of his desire to live in the moment. His attitude inspired me to take the chance on that billiard business and many more since then.

As a young entrepreneur, it's important to have mentors, and, as with Richard Branson, they don't have to be people you've met. Having someone to look up to, even from afar, can be valuable in making decisions. Here are four lessons that Branson has taught me that have helped guide and inspire me: