Why Your Small Business Should Hangout on Google+

By Shira Lazar November 29, 2011
Opinions expressed by Entrepreneur contributors are their own. 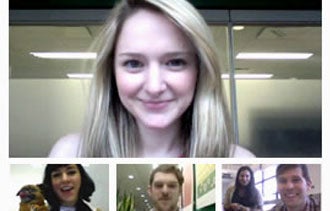 Editor's Note: This is the second installment in a two-part series of blog posts from social media blogger Shira Lazar about how entrepreneurs can more effectively use Google+ for business. Read the first installment here.

In a recent interview with Brian Solis, a principal analyst at research firm, Altimeter Group and author of The End of Business As Usual, he told me about why Google+ is already a useful tool for businesses, even though a critical mass of Americans hasn't necessarily glommed on yet.

Google+ is the fastest growing social network in history, says Solis. But more to the point, he adds: "It's not just a social network. Google+ will become a platform that connects all Google products, essentially creating a personal or social operating system for each individual."

Sounds like it will be big deal doesn't it? But to figure out how entrepreneurs can use it most effectively now, I reached out to some social media mavens for some tips:

Compartmentalize your content.
Segmenting and organizing brand fans, customers and influencers can be useful for gaining insights and customizing relevant content for your audience. Intel has taken advantage of circles separating their community between "technology enthusiasts," a "newsroom" and under the broad category of "life at Intel."

"Our followers to let us know which of our circles they'd like to join, so that we can provide them with the right type of information," says Jennifer Lashua from Intel's Social Media Center of Excellence. In addition to obviously popular tech content, we're finding that 'behind the scenes' footage seems to be well received, as well as educational material," she says.

Experiment with hangouts.
Facebook has a Skype integration, which only allows for a one-way video conversation. However, Google+ Hangouts is perfect for a business that wants to connect live and interact with a bigger audience. Movies like The Muppets have used hangouts, as have bands like the Black Eyed Peas, who had a hangout and Q&A with fans before going on stage during a concert.

Even the Dalai Lama hosted a hangout with his millions of fans with Archbishop Desmond Tutu. Macy's offered one that asked fashion bloggers to give advice to their followers. But you might be asking yourself: I'm not a rockstar or spiritual icon- how does this apply to me? No matter who you are, hangouts allow you to get personal, creative, interactive and put a face behind your brand.

Harness the power of Google.
The power to connect your brand or business to Google's search engine is undeniable. The +1 button allows you to track who is connecting and sharing your content across the web. According to Christian Oestlian, head of social advertising at Google, it's all about "marrying the power of personal recommendations with the immediacy and power of recommendation on Google search." In other words, say someone is searching for a café in their city. Your brand could pop up if someone in their network had +1'd it.

Google+ ripples has also become a useful tool to see how a post has spread throughout the social network. Ian Schafer, founder of digital agency Deep Focus adds: "Integrating with Google+ is essential right now, because of its impact on Google search results. Experimentation will give businesses (especially small ones) a leg up on their competition."

Baidu Inc. (BIDU) Gains As Market Dips: What You Should Know

Ready Capital (RC) Gains As Market Dips: What You Should Know