Will Black Friday and Cyber Monday Lead to a Big Payday?

By Carol Tice November 29, 2011
Opinions expressed by Entrepreneur contributors are their own. 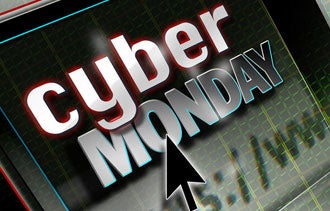 Early reports suggest that the big holiday weekend was actually big this year. In a snap poll from the National Retail Federation over the weekend, Black Friday shoppers spent a record $52 billion.

My quick, three-word summary for the weekend: Pent up demand. It seems like Americans are shaking off their economic-gloom and have scheduled some heavy retail therapy, at least for one weekend.

The question is, will the shopping spree continue up until Christmas? Or was this just one crazy weekend?

The NRF survey estimates that 226 million shoppers hit the stores or shopped online last weekend, up from 212 million on the same weekend last year. A record crowd showed up on Black Friday itself -- over 86 million. The most mind-boggling holiday-shopping stat I've seen so far: Nearly one-quarter of Black Friday shoppers went to midnight sales.

That sort of explains why retailers are opening earlier and earlier for the weekend kickoff, even though some consumers and employees don't approve. Naysayers are apparently in the minority though. Getting an early start was more popular this year than ever -- fewer than 10 percent of shoppers hit midnight sales on Thanksgiving 2010.

So what drove the shopping frenzy? Big, fat discounts. An October survey from America's Research Group and UBS, showed that more than one-third of American shoppers are looking for discounts of 40 percent to 50 percent off before they unleash their credit cards. More than 40 percent said they are trying to make purchases only when items are on sale.

Creative retailers should be scrambling for ways to offer steep discounts while still preserving some profit margin and staying in business. My forecast is, getting this balance right will be the foremost challenge of the holiday 2011 shopping season.

Big money spent on Black Friday sound great, but if everything's going out below cost, we'll see lots of empty storefronts come January. And remember, this is just the season kickoff -- discounts tend to get crazier in those final days before Christmas. Merchants will need to watch their bottom lines closely to make sure they end up turning a profit while they're catering to this year's shopping hordes.

Retailers and etailers, what's your holiday-season forecast? Leave a comment and let us know.