Tebowing.com: Scrambling to Build a Business on a Viral Trend

By Brad Crescenzo December 1, 2011
Opinions expressed by Entrepreneur contributors are their own. 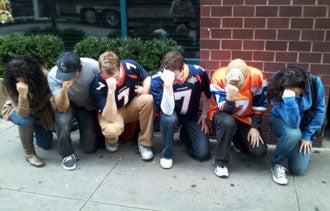 What could be harder than starting a viral Internet meme? How about building a successful business around one.

But that's just what Jared Kleinstein, creator of Tebowing.com, is seeking to do.

He didn't set out to. Inspiration hit to build his tribute website after watching the October Broncos-Dolphins football game in a bar with friends.

At the start of the fourth quarter, a Broncos victory seemed hopeless. But miraculously, Denver scored two touchdowns in quick succession, then secured the win in overtime. While everyone else celebrated, Broncos quarterback Tim Tebow struck what's become his signature pose, dropping to one knee, fist tucked under his chin, and prayed.

Kleinstein and his friends walked out of the bar, and took a picture as they recreated Tebow’s famous move, which Kleinstein would coin "Tebowing." Tebow, the son of Christian missionaries, has always been proud of his faith. 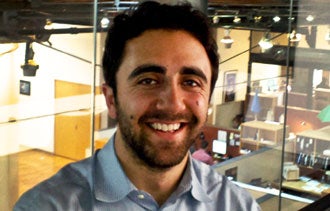 The next day, Kleinstein launched Tebowing.com. He told a few friends about it and encouraged them to post their pictures. By the end of its first full day, the site received about 850 unique views. The next day, that figure had risen to about 10,000. The next day, 350,000. Kleinstein received a text message from a friend telling him to turn on CNN: Tebowing had officially gone viral, making national news in about three days. The site has since been attracting up to 15,000 page views per day since the initial rush, and received over 12,500 photo submissions.

Kleinstein had no intention of making Tebowing.com a business. “It’s kind of the opposite of the American business plan… This business was created after the product was already in place," says the 24-year-old web professional who lives in Manhattan and has a degree in marketing and entrepreneurship.

Kleinstein scrambled to build a business and capitalize on the site's popularity. He used an open-source template to create a blog-style website. He then used a do-it-yourself apparel platform called Spreadshirt.com to produce and distribute his Tebowing merchandise, which includes T-shirts, hoodies, baby bibs, and dog bandannas which sell for $15 to $40. Jared declined to disclose revenues, but did say a portion goes to local Denver charities but he hasn't quit his day job at StreetEasy.com. a real-estate listings company.

The sustainability of businesses based on popular fads can be difficult to predict, says Ben Huh, CEO of the Cheeseburger Network, a Seattle Wash.-based company which runs five popular blogs, including icanhascheeseburger.com. His advice? Do what you love, connect with the site's community, and concentrate on offering good content, not chasing fads. A website is a business, and it should be treated like a business, he says. “If your business plan relies on luck, good luck with that."