How to Recover Quickly When Disaster Strikes

By Diana Ransom December 6, 2011
Opinions expressed by Entrepreneur contributors are their own. 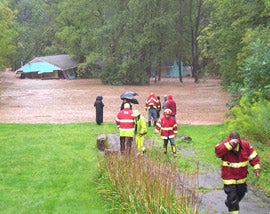 Firemen came to the aid of deluged residents. Fleischmanns, N.Y. sustained $4 million in damages from Hurricane Irene. For scale, the town's annual budget is just $440,000.

Trying to rebuild a business after a natural disaster can be overwhelming. Just ask René Garcia. When Hurricane Irene barreled through Fleischmanns, N.Y., last summer, the buckets of rain and howling winds proved too much for the town -- and Garcia's business.

In just a few short hours, La Cabaña, the Mexican restaurant and nearby motel that Garcia's parents opened in 1992, was not only flooded, but also much of the land on his property was washed away. All told, Garcia estimates, the hurricane damage cost him between $80,000 and $100,000, and insurance covered only $18,000.

Like many business owners who don't operate in flood-prone areas, Garcia didn't have flood insurance. He could collect insurance money only to fix the wind-damaged restaurant roof. He applied to the federal government for additional assistance and received $23,000, which he used to replace some furniture and make repairs to the motel unit where his mother lives. 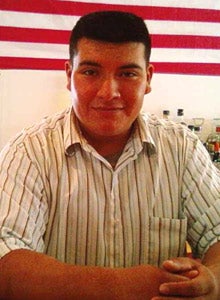 "I'm at a loss for words," says Garcia. "We never expected any flooding. Up here, we were really caught off guard; no one knew until it was too late."

Although the federal government helped with Garcia's losses, not every business will be eligible for such aid when disaster strikes. Preparation for the unexpected is critical. Here are four steps you can take to get ready:

Create a backup plan.
A backup plan, or what's known in biz-speak as a "business continuity plan," is a written document outlining how your company will respond to a disaster. You'll want to ask yourself and key employees some basic questions: How will we keep filling and tracking orders? How will we communicate with suppliers if we're not at the office? If vendors aren't operating, do we have a backup? What if employees can't make it to work?

The questions, of course, will vary depending on your business and its needs, but to get started, you can use a template at Entrepreneur.com for guidance. The Insurance Institute for Business & Home Safety, or IBHS, an association of property insurance companies based in Tampa, Fla., also offers a free series of eight planning sessions accompanied by assignments. By the end of the sessions, you should be able to complete your plan. 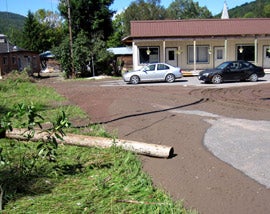 The aftermath of Hurricane Irene, left La Cabaña (pictured) water logged and with hidden damages to the restaurant's refrigeration system, among other things.

Get insured.
Plenty of businesses have insurance in case of a fire or a burst water pipe, but chances are most aren't protected in the event of an earthquakes or flood -- especially if they aren't located near fault lines or floodplains, says Gail Moraton, a business resiliency manager for IBHS. Although such disasters are rare, businesses should note that many standard policies don't even cover wind damage from a hurricane or utility disruptions from a storm, Moraton says. She suggests carefully reading your policy's fine print to understand your coverage.

You may want to consider adding a rider or a separate policy to cover losses from severe weather that aren't included in your existing insurance policy. The average flood insurance policy is about $600 a year, according to the National Flood Insurance Program. The average rate for a policy purchased through the California Earthquake Authority, which offers California residents catastrophic earthquake insurance, is about $700 a year. Note that the cost of coverage will vary widely depending on how much insurance you buy, what it covers and your property's risks, Moraton says. Extra coverage should be available in all 50 U.S. states.

Mitigate risks.
As much as possible, try to anticipate risks and mitigate them. For instance, if you need a server to operate your business's website, have an alternate you can switch to. The same goes for electricity: Keep a generator handy.

If you know a storm is coming and you can't easily transport your office or retail shop to higher ground, try to protect as much merchandise, inventory and equipment as possible. Moraton suggests moving computer towers and other essential, valuable equipment off the floor and placing as much inventory as possible on higher shelves or in other more protected spots. Also, digitally back up all of your business's vital financial documents or keep copies in another location.

Related: Seven Steps to Get Your Business Ready For the Big One

Seek assistance.
The Small Business Administration can provide some financial help. Through the agency's Office of Disaster Assistance, business owners can apply for low-rate, long-term loans for physical damage caused by a declared disaster. Currently, eligible small businesses may borrow up to $2 million for up to 30 years to repair and replace real property, machinery and inventory at a 4 percent interest rate, according to a SBA spokeswoman.

The SBA also offers an economic injury disaster loan that provides working capital up to $2 million. It can be used for operating expenses the business could have paid if the disaster hadn't occurred, even if there isn't any physical damage. The current rate for a loan of up to 30 years is 4 percent.

More information about these loans is available on the SBA website.