By Mikal E. Belicove December 6, 2011
Opinions expressed by Entrepreneur contributors are their own. 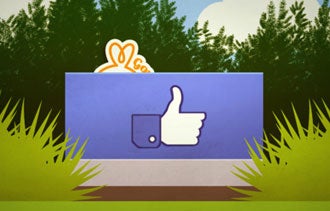 It's looking like Gowalla, the Austin, Texas-based geosocial networking company, will be checking in at a whole new address: Facebook's offices in Palo Alto, Calif.

Last Wednesday, the Austin Business Journal speculated that Gowalla was looking for a buyer (no news there… Gowalla has struggled and by its own admission for quite a while now). Then CNN Money reported late Friday that Facebook was close to inking a deal to acquire the all-but-forgotten startup that was once destined to compete with Foursquare and SCVNGR for our geosocial and hyper-local activities.

Fast-forward to yesterday and Facebook finally gave its answer: The social network is hiring Gowalla co-founders Josh Williams and Scott Raymond, along with other members of the Gowalla team to work on Facebook's design and engineering teams.

For his part, Williams took to the Gowalla blog on Monday to announce that once they land at Facebook headquarters in California, he and his co-workers expect to be working on Timeline, Facebook's new personal profile format.

If you're unfamiliar with Timeline, that's because Facebook is embroiled in a legal dispute about it with Timelines.com. The latter company claims Facebook is in violation of its trademark for the term and its application online, a factor that has significantly delayed the launch of Facebook's own Timeline for all of its 800 million active users. If a deal can be worked out between Facebook and Timelines.com -- the assignment of Gowalla's talent to the Timeline team is a strong signal of that happening soon -- Facebook would seem to be in a strong position to launch Timeline and take on Foursquare, the current leader in the social check-in space.

To be sure, this "AcquHire" by Facebook has absolutely nothing to do with picking up Gowalla's customers. Even Williams said Monday that Facebook is not acquiring his company's user data. It's all about harvesting talent that Facebook can immediately put to good use in the competition to gain a foothold in the hyper-local advertising space as well as evolve its own version of Timeline.

So what does that mean for you? Facebook could soon become an even bigger player in the social media realm. If its Timeline strategy pans out, your potential customers may wind up spending more of their time on the social network -- giving you added chances to capture their attention.

Further, shuttering Gowalla and importing its talent to Facebook could bring a level of sophistication that's sorely missing from Facebook's geo-location endeavors. When you consider the fact that there are currently more than 350 million users who connect to their Facebook accounts through a mobile device, that's a huge customer base for a Timeline platform aided by the talented engineers and designers from Gowalla. And that doesn't even take into account the 450 million Facebook users who don't have a Facebook app on their phone -- yet.

How do you think Facebook will change with the addition of Gowalla's staff? Leave a comment and let us know.