For Restaurant Chains, A Homespun Challenge

Franchises get a bad rap from people who are committed to supporting independent businesses or who have embraced the "buy local" movement. Even though most franchises are owned and operated by community entrepreneurs, it's probably true that franchising is the antithesis of localism. When a company decides to jump through the regulatory hoops and pay the upfront costs needed to set up a franchise system, it's sending an unambiguous message: We're not interested in sticking with our hometown.

Still, most national chains started out as the type of locally cherished independent restaurants adored by franchise-phobes. Why did these eateries decide to franchise? Because passionate customers asked them to expand to their neighborhoods or towns. Think about it: At one time, there was a single Subway--with Fred DeLuca spreading the mayo--before there was unit No. 30,000.

Some franchises that specialize in local tastes--like Italian beef shops in Chicago or Cincinnati chili (the kind with spaghetti underneath) in Ohio--are content to stick close to home, while other popular, privately owned chains are able to keep a short leash on their units (think In-N-Out Burger). But rare is the franchise that doesn't dream about expanding to surrounding states--and, eventually, coast to coast. The following three regional concepts all have similar aspirations, but they're also committed to keeping a bit of local color on their menus as they expand out of their home territories. When they do stretch from Portland, Ore., to Portland, Maine, we'll be proud to say we knew them when. 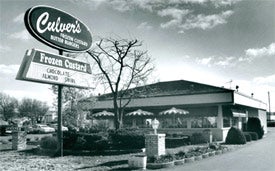 Culver's
Anyone driving between Chicago and Minneapolis in the late 1980s and early '90s will remember billboards advertising Culver's, Home of the ButterBurger. (Put down the Plavix--only the bun is buttered.) The little hamburger stand built in a converted A&W in Sauk City, Wis., barely survived its first two years. A one-unit franchise agreement gone awry didn't help matters. But after George Culver and his son Craig opened their first successful franchise in 1990 in Baraboo, Wis., the concept began to snowball, and it quickly became a regional institution.

While the Culver's concept is unique in many of the markets it enters, it is based on a Dairy State archetype: the local custard shop. In many small towns across the Frost Belt, you'll find small restaurants selling frozen custard (a creamier version of ice cream made with eggs), along with fresh burgers and specialties like fried fish and fried cheese curds. Culver's took that model and added consistency and variety, with dozens of flavors of custard and burgers made from beef that is never frozen. The combo struck a chord with Wisconsinites, and throughout the '90s, Culver's grew organically, moving out in a concentric circle from Sauk City to counties throughout the state. Soon requests for franchise applications began showing up from neighboring Illinois and Minnesota, and the company had to make a decision about its future. It was a challenge, but Culver's began working with its distributor in Baraboo on shipping its unique products out of state, and regional expansion began.

The company continued to grow in a ring around Wisconsin, though in 1998 Craig Culver's sister did open some satellite stores in Texas. Now the company comprises 443 units in 19 states. 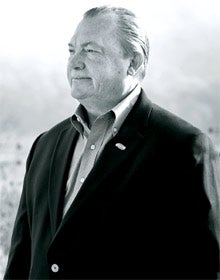 "Culver's has never advertised for franchisees. All of our potential franchisees have come to us. It's all been by word-of-mouth," says president and COO Phil Keiser. "It has never been our stated or strategic goal that we want to expand nationally. We want to make sure each restaurant is successful, and we want good restaurants more than we want more restaurants."

Mark Siebert, CEO of consulting firm The iFranchise Group, says he recommends that his clients expand regionally, as opposed to hopscotching to any market that shows interest. It's that strategy that led Energy Kitchen, a popular New York-based healthful fast-food concept, to turn down offers to bring restaurants to Los Angeles, San Francisco and Colorado. Instead, founder and president Anthony Leone is focused on giving his company a strong home base before dividing his attention among far-flung markets.

"We've been able to reach out and touch all of our stores, which are only a three-hour car or train ride away, to make sure the brand is right on point," Leone says. After creating a stronghold in the Northeast, he expects he'll be ready to expand to Midwest markets like Chicago by 2013.

"Getting franchise money may be good in the short term, but it's not good for long-term growth," Leone says. "I think we're pretty unique among franchisors. I don't know another franchise system that would turn down the deals we've been offered. I call it being 'patiently aggressive.'"

If Culver's is any measure of that strategy, it works.

"Our founders say they never dreamt the restaurant would be where it is today. For them, it began as a way to take care of their family," says Keiser, who thinks part of Culver's appeal is that the company is family-owned and maintains its small-town image and roots. (Culver's headquarters are in Prairie du Sac, Wis., population 3,500.) "I think that's part of our appeal. Everyone has a soft spot for small towns."

VooDoo BBQ & Grill
Louisiana--and New Orleans in particular--has a special place of honor in the hallowed halls of Southern cooking. But when it comes to one Southern specialty, barbecue, the state barely merits a mention. This always struck New Orleans native Tony Avila as odd. When he saw locals cooking for themselves at tailgate parties for LSU or Saints games, there were barbecue smokers everywhere. To him, there was an obvious disconnect between what people enjoyed and what New Orleans restaurateurs thought they wanted.

So in 2002, Avila and partner Dino Arvanetes, a Crescent City culinary veteran, developed a new take on barbecue, creating sauces with a New Orleans flair and a special emphasis on side dishes like corn pudding, gris-gris greens and sweet potato soufflé. But they opened the doors of VooDoo BBQ & Grill with some trepidation.

"It's a tough food market in Louisiana. And in New Orleans, there are great restaurants all over town," Avila says. "If you don't do what you're supposed to do well, you won't be accepted in this town." But VooDoo No. 1 on St. Charles Avenue hit a sweet spot, putting the Big Easy on the barbecue map. "Once we got over that hurdle, we said, 'Let's do more,'" he says.

VooDoo spread quickly throughout Louisiana, with locations or development deals in most major metropolitan areas. But soon Avila, who had been handling franchise sales himself, started getting interest from out-of-state visitors who had fallen for the concept's food and Mardi Gras vibe. That's why in 2010 he brought in veteran franchise developer Chad Tramuta to help navigate multistate opportunities.

"Historically, barbecue concepts have been regional brands that spend their main effort on the proteins but fall short on menu variety," Tramuta says. "There's nothing wrong with traditional hole-in-the wall barbecues, but we're New Orleans. We offer that unique culture and taste. But I don't consider us a regional brand. We want to be the largest fast-casual barbecue franchise in the country in the next three to four years."

They seem to be well on their way: VooDoo recently signed a 26-unit deal for Florida and, surprisingly, has deals to open in Austin, Texas, and South Carolina--areas with very stubborn ideas about barbecue. "We're unique, so we're not afraid to go into places with such huge barbecue cultures," Avila says. "We embody New Orleans. Our product will make you feel like you're there for a 30- or 40-minute vacation."

Wahoo's Fish Taco
Mingo Lee doesn't like to say Wahoo's Fish Taco, his Santa Ana, Calif.-based franchise, has a cult following. But there's no better description for a restaurant that fields calls from homesick former Californians who want the tacos shipped overnight on dry ice, or that finds people at the counter straight from the airport, still dragging luggage.

Lee, who founded the concept in 1988 with his brothers Ed and Wing Lam, simply wanted to open a restaurant that served the type of Baja/SoCal/Filipino fusion cuisine they enjoyed at home, and that also embraced their love of surf culture.

"I'd be lying if I said we had some master plan on a whiteboard," says Lee, whose restaurant quickly gathered devoted customers who clamored for more locations. "We just followed our loyal customers. They'd say, 'You should open one of these in our neighborhood or that place,' and we did."

Throughout the '90s, the concept continued to grow in Southern California, adding skateboarding and snowboarding to its surfing motif. But it was the quality of the food and the fresh sauces, salsas and other ingredients that impressed customers most. Though it has opened franchises in Colorado, Hawaii and Texas, Wahoo's only recently decided to wander further after determining that it would be difficult to expand in the tough Southern California real estate market.

"We sat down and decided that our product could exist outside its SoCal borders," Lee says. "So many of our salsas, sauces and spice blends are made daily in our stores, so suppliers weren't an issue. Except for tortillas. We have a very high standard for those, and we have to go into each market and find the right supplier."

So far, there are plans to open more Wahoo's stores in Hawaii and Texas, as well as new ones in Las Vegas, New York and even Lincoln, Neb. But will this dilute the brand's cult image? Lee isn't worried.

"We're like a chain that really isn't a chain. Part of our success is that people walk into our store and don't even know there's another one around," he says. "If you travel, you'll appreciate our consistency and top-caliber service, but sitting there, it will feel like the only one in existence."