Tips to Help You Plan Your Business Taxes in 2012

By Carol Tice December 30, 2011
Opinions expressed by Entrepreneur contributors are their own. 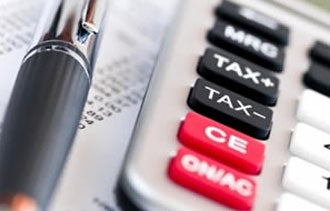 Ordinarily, this is the time of year when I hand out some tips about small-business tax breaks that will be available next year. Unfortunately, the mud-wrestling between our Democratic president and Republican House of Representatives makes that forecasting a lot harder to do this year.

Still, it's smart to bear in mind how the tax landscape may change next year. When you know what's coming may help you make a few smart moves before the end of this year. Here are a five tips from tax expert Barbara Weltman on what to expect:

What do you think will happen with taxes in 2012? Leave a comment and give us your prediction.

Corrections & Amplifications: An earlier version of this story misstated the 2012 first-year bonus depreciation write off, which is 50 percent. The story also misstated the Section 179 deduction, which is $125,000 (before adjusting for inflation) in 2012.

How to protect your money from inflation (Infographic)