How to Build In-House Expertise for Mobile 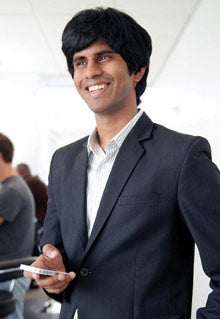 Q: How do I go about building in-house development expertise for mobile-optimized websites and applications?

A: Mobile-optimized websites and apps have the potential to change how and when businesses interface with their customers. Yet they also require new thinking about engineering and visual aesthetics that are affected by such factors as the multitude of device operating systems and screen format options. Austin, Texas-based Mutual Mobile is one of many companies that provide outsourced application development for businesses, as well as consulting and support services to businesses that want to pursue in-house software development.

Tarun Nimmagadda, co-founder and COO of Mutual Mobile, says that while most companies that take the latter path have 20 or more people working on desktop development needs, small companies with aggressive road maps for growth may have the most to gain from mobile's advantages.

"For smaller companies, mobile web and application development can be a great way to reduce overall development costs," Nimmagadda says. "More businesses are starting to think about mobile web and applications not as supplements to their existing web efforts, but as a core strategy. With the abundance of smartphones, there is an ability to scale your web presence and apps to millions of users without even having a desktop version of your site."

He cites successful messaging companies such as GroupMe and textPlus and photo-sharing firm Instagram as examples of entrepreneurial firms that cut to the mobile chase without having a desktop site as an anchor.

Nimmagadda recommends that businesses with a mobile development project in mind start by hiring a mobile software engineer and mobile visual designer at the same time. Compatibility between the employees is important, because engineering and design are the twin disciplines of mobile site and app development, he says. Plus, the new hires will need to work side by side for long stretches.

With the multitude of device platforms, from the iPhone and Android to BlackBerry and Windows Mobile, finding an engineer with cross-platform experience can appear to be a key requirement, but Nimmagadda says it might make more sense to pick a single platform for your first launch, and hire a specialist to match.

"At the beginning, you don't want to worry about the thorny issues of dealing with platform subtleties," he says. "You can go cross-platform later, as you expand." The need to go cross-platform will usually trigger the decision about whether to continue growing development in-house or outsourcing to partners.

For most businesses, the development job will not be finished with the site launch or the rollout of the first app. Site revisions and app updates can pile up quickly. Nimmagadda says a company committed to in-house development must be prepared to hire more engineers, including those who are focused on each device OS, as well as additional designers and eventually project managers.

Nimmagadda says a blended approach may work best--keeping development of some core applications in-house while outsourcing others. "We have seen companies fail at mobile development because they underestimated the disciplines necessary," he says. "It can turn into a big wasted opportunity.

But, companies that act quickly and do it right can begin to get market information they can act on competitively."