By Gwen Moran January 11, 2012
This story appears in the January 2012 issue of Entrepreneur. Subscribe » 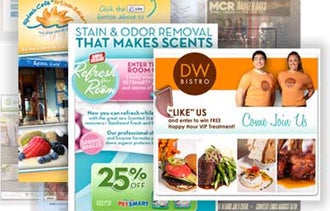 There's nothing tiny about the power of a short stack--or of the DIY Facebook page builder ShortStack. Both the pancake order and its namesake company deliver results that won't devour your budget. The programmers behind ShortStack specialized in building Facebook apps before deciding to focus on a DIY service for business users.

"We saw an opportunity for Joe from Joe's Pizza to use this thing and make himself his own Facebook page," says Jim Belosic, ShortStack's CEO and co-founder. "It's kind of like WordPress for Facebook."Graphic designer John Kwon started using the tool when it was in its beta version last October. While he had little coding experience, within a month he was able to start developing Facebook pages for his clients--a service that's added 30 percent to the annual revenue of his Lomita, Calif.-based social media branding, design and marketing firm, Social Mediarts.

How to Collect Digital Marketing Data in 5 Easy Steps