A Search-Engine Startup with the Frequent Flyer in Mind 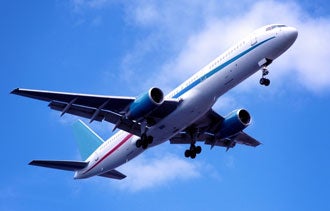 Like many frequent fliers, Sanjay Kothari often struggled to redeem his travel rewards points, taking hours to search for prices and availability, decipher special rules and analyze the benefits. Realizing that many airline miles go unused because consumers have difficulty managing the programs in which they're enrolled, Kothari teamed up with former Hunch senior technologist and Reble.fm co-founder Vinay Pulim to launch MileWise.

A search engine with the frequent flier in mind, MileWise allows travelers to find flights that can be purchased with cash, airline miles or hotel and credit card points. The site also recommends the best ways to pay based on users' individual rewards programs and travel preferences. Unlike other flight search engines that allow for searches only by price, airline and number of stops, MileWise factors rewards points into its rankings to try and find the optimum deals.

"It usually takes people several hours to figure out whether to pay for travel with cash or rewards. We're trying to help them do it in under 30 seconds," Kothari says.

After securing $1.5 million in funding last year, the New York startup has been trying to keep up with requests for additional features and functionality from its rapidly expanding customer base: In private beta, the site had 600 users; within a month of public launch, there were 12,000.

We caught Kothari on a break from his busy travel schedule to discuss innovation, fundraising and strategy.

What was the inspiration for MileWise?
There are about 90 million frequent fliers in the U.S. alone, and they all face the same problem: difficultly using their airline and hotel rewards points. It's time-consuming and requires multiple online searches and phone calls. People get very frustrated with the complex regulations and different options to figure out the actual price of a flight. It's often confusing as to whether it's a better value to pay with cash or rewards. MileWise solves this problem.

What innovations did you bring to the market?
In one search request, we show all the ways to pay for a flight: cash, miles and points. MileWise converts all of these ways to pay into a dollar-equivalent value, making them easy to compare. And our ranking algorithm includes rewards earned--we focus on value, not just price. We're the only flight search engine that recommends the best way to pay based on each user's travel and redemption preferences, and displays the rewards earned per flight, including status and cabin bonuses.

How did you get your financing?
We received investment interest while still in the concept stage; however, we decided that a fleshed-out prototype and business model would be optimal before engaging in a focused fundraising effort.

During the search engine build process, we serendipitously met Naval Ravikant, one of the founders of AngelList. He informed us that investors were looking to invest in ventures that solve these difficult [travel] problems. With help from Naval and [AngelList co-founder Babak Nivi], we applied and submitted our profile to select investors.

Initial interest and commitments led to introductions and interest from other investors, and we actually oversubscribed on our initial $500,000 raise. We ultimately closed with $1.5 million in convertible debt from a strategic mix of angel investors and venture capitalists.

What does your business model look like?
We have several revenue streams. Along with a commissions-based model, advertising is extremely context-sensitive. We also intend to make money from credit card sign-ups and from the aggregated data and analytics insight we offer to our partners.

Maintaining a clean user interface and protecting consumer privacy will guide how we pursue revenue streams moving forward. A compelling user experience and trust are our most important objectives.

What's next for MileWise?
We've added flexible-date searches and will add a feature that will recommend and alert users when they're eligible for award trips. We will soon automatically integrate deals and promotions, like mileage bonuses, into the site, and we plan to support many more airline and credit card programs. In parallel, we plan to offer search and recommendations for hotels and cars. Mobile is also an extremely important part of our strategy, and we're planning on releasing iPhone, iPad and Android apps.