By Ivan Misner December 23, 2011
Opinions expressed by Entrepreneur contributors are their own. 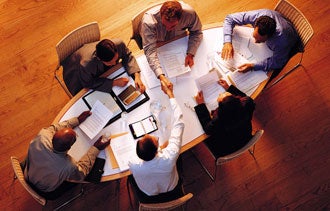 Which types of networking are most successful? A recent survey of 12,000 business people around the world confirmed some of my hunches but produced some surprising results, as well.

As part of research for the book, Business Networking and Sex: Not What You Think (Entrepreneur Press, 2012), my co-authors and I asked people what types of organizations they belong to and whether networking played a role in their success. We cross-tabulated the results to determine how effective different types of networking are.

As we had expected, people who get the most results from networking efforts seem to participate in face-to-face casual-contact networks like chambers of commerce, referral networks, and to a lesser extent, professional associations.

Related: Networking Strategies for the Holidays

Even though they didn't do well in this survey, I'm quite an advocate of online networks, women's business organizations and service clubs. I did some thinking about why these groups received such low-success ratings.

I'm inclined to believe women's organizations and service clubs didn't do well because they have other important purposes that take precedence over networking. Women's business groups often provide a place where members both support and educate each other, while service clubs focus primarily on providing service to the community. People, therefore, may not experience as much tangible success in networking efforts in these groups.

Related: An Expert Networker's Five Tips for Getting the Most from LinkedIn

The survey results for online networks made me think of a comment I hear quite often from business owners who want to market their products and services on social and business networking sites: "I've got a profile page and a thousand connections…now what?" Many entrepreneurs spend a lot of time and effort building their online social capital through LinkedIn "connections," Facebook "friends" and "likes," and Twitter "followers," but lack an actual plan for turning the growing number of contacts into customers.

Another issue for online networking: the exponential increase in marketing and social messages and the competition for people's attention. In the course of a typical day, we might be chatting on Google Talk, looking at friends' photos on Facebook, watching a celebrity's Twitter feed, learning about a connection's promotion on LinkedIn, reading a blog for business or pleasure, and doing an Internet search. We are inundated and easily distracted by these entreaties: Read this! Buy this! Try this! Connect with me! Like my business!

I certainly don't think entrepreneurs should stop finding ways to improve their success in the online networking arena. But the results are the results, and -- still a surprise to me -- they're not very good.