Why Small Businesses Should Care About Their 'Social Influence'

By Tyson Goodridge December 20, 2011
Opinions expressed by Entrepreneur contributors are their own. 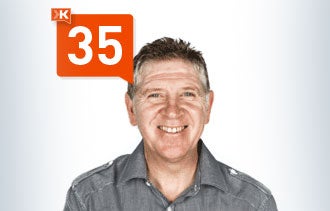 By now, you've likely established a presence on Facebook and Twitter, and, if you're a savvy retailer, probably Foursquare. But so has everyone else. Now the real questions may just be: Are you an authority in your space? Are you a credible thought-leader? In short, do you have influence?

Social metrics like Facebook fans, Twitter followers, retweets and likes can sometimes be deceiving. They give you a one-dimensional look at your social success. For instance, in calculating your reach, it may be wise to factor in the influence of your Facebook fans and Twitter followers.

Enter the world of "social influence" -- a term used to describe your social vigor online, or lack thereof. Companies like Klout and PeerIndex consider your social media identities, enter them into proprietary algorithms and rank you according to the influence you have online. Now, there has been plenty of discussion about this topic, as well as controversy. Some critics say that these social-influence tools and related scores are inaccurate or volatile. In recent weeks, Klout users, for instance, watched their scores drop seemingly out of nowhere.

Despite the bugs, Klout and PeerIndex are the most relevant and talked about tools out there and it's a good idea business owners know what they're about. Here's a closer look:

Klout helps you translate your numbers into social influence and assigns you a score based on a 1 to 100 scale (100 being the highest). Klout also allows you to check your social influence by "individual" or "company/brand." So, when signing up, be sure to check the correct category and see how you or your small business stacks up.

PeerIndex: Like Klout, PeerIndex scores you on a 1 to 100 scale. But PeerIndex focuses entirely on an individual's influence. PeerIndex allows users to link their blogs and RSS feeds into their rating system. Through your content and social activity, entrepreneurs can focus on a specific area of expertise and become an influencer online. So, if you're a business of one, this may be the tool for you.

Now what?
If you want to see how your business measures up, here are three pointers on how to dive in:

Do you track your business's social influence? Leave a comment and let us how it's been useful.