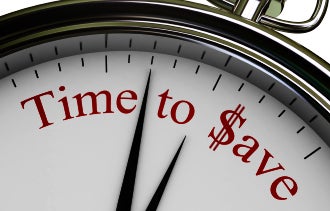 The last days of 2011 are ticking away, and that means there are plenty of year-end tax strategy articles out there.

I say, “Give me a break!” Most of the advice involves investing in your Individual Retirement Account or harvesting losses in your stock portfolio. The so-called tax gurus ignore important steps you can still take that will save you money on your tax filings.

Small-business owners really do have an advantage over average taxpayers, so don’t let the opportunity to save money slip by.
Here are some to-do items to consider in the next week:

• Shift income and expenses. Most small-business owners use cash-based accounting. Simply put, that means you don’t pay taxes on income until you receive it, and you don’t get to claim tax write-offs until you spend the money. So if you can, tell your customers they don’t have to rush to pay you before January 1. And pay your January phone bill early. Run the numbers.

• Buy needed equipment now. Federal economic stimulus measures involving Section 179 and the related “bonus depreciation” can allow you to write off the entire purchase price of a smartphone or a copying machine. But the tax benefits will be greatly reduced after December 31, and then mostly go away after 2012. If you’ve been holding off on buying something for the business, do it now.

bIf you are in the market for a new business vehicle, there are some incredible tax incentives before December 31. Don’t think the vehicle has to be new, either. The federal depreciation deduction on an SUV could be up to $25,000, and even more for large trucks or RVs used for business purposes. If you are a little more “green” in your tastes, the tax credits for electric vehicles are fantastic, too, with a federal credit of up to $7,500.

• Pay your family members. Has Junior been sweeping the store this year for allowance money? You still have time to put your child or other family members on the payroll or issue them a 1099 as a general contractor. Then, you can count the money you gave them as a business expense. Better yet, maybe give your new worker a year-end bonus in the next week. Not only do you get to deduct what you paid your family member, but you also will pay less tax on the amount. Your child will owe a tiny amount of federal income tax, but far less than you would pay at your higher tax rate if you kept the money for yourself.

• Make your holiday vacation pay for itself. If you’re sitting on the beach in Hawaii reading this article on your iPad, something is wrong with you. But I’d say something is really wrong with you if you haven’t scheduled lunch with a client or a similar meeting that will allow you to write off some holiday trip costs as business expenses.

I know the following sounds a bit self-serving, coming from an accountant and lawyer. But it could prove very valuable to schedule a consultation with your accountant before year-end. It’s a busy time of year for everyone, but the effort can be well worth the investment of time and money.

What Your CPA Isn't Telling You

What Your CPA Isn't Telling You

Russ Ruffino on How Entrepreneurs Can Overcome Business Challenges

These Are the Top Ten Intermediate Core Bond Funds

Starting An LLC In Florida

Bitcoin Nosedives Below $36,000 Affected by China’s Clamp On Mining Farms