How Dwolla is Building Its Brand by Giving Away Cash

By Shira Lazar December 29, 2011
Opinions expressed by Entrepreneur contributors are their own. 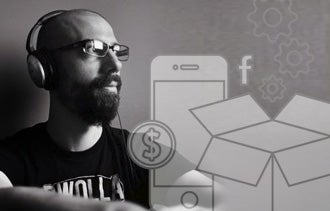 It's not surprising that Ben Milne has been making headlines recently for his blazing startup, Dwolla. After just one year, the 28-year-old from Des Moines, Iowa has grown his idea for a payment alternative to credit cards into a 12-person company with 70,000 users and a plausible goal to process $1 billion of transactions in 2012.

Like Square, the Silicon Valley darling led by Twitter co-founder Jack Dorsey, Dwolla also aims to flip how consumers use credit cards on its head. But rather than working with credit cards, Dwolla wants to bypass them altogether. Dwolla focuses on the cash network, connecting directly to users' bank accounts and allowing for either mobile or online transactions, at a cost of just 25 cents a pop and nothing for transactions less than $10.

How did Milne grow Dwolla so quickly? He used social media, of course. Here are his tips for generating buzz, as well as some trends he's excited about for 2012.

What inspired you to launch Dwolla?
The idea was born in 2008 as a solution to a problem I had in my old company Elemental Designs, an online speakers retailer. We were paying about $55,000 a year in credit-card fees. I knew there had to be a better way.

How does Dwolla use social media to find customers?
At our launch last year, we released a technology that allowed our users to use their Twitter followers and Facebook friends as contacts to send and receive money. Since then, we've also integrated with LinkedIn and Foursquare. I believe it was the first time that a payments company tapped into social networks as a way to easily send money, instead of more traditional routes of email and text message.

From a broadcast perspective, social media has served as an invaluable way to build trust and rapport with users and the press. One unique thing we do is release Dwolla experiments, which are calls to action that combine social media and money. Our first experiment incorporated the Twitter handle @DwollaX. As soon as someone followed us, we sent them $1. Then we moved onto Dollarthoughts.com, a website that asks people to text their big thoughts or ideas about anything to our number 515-650-4583 in exchange for $1. Their musings then appear on the site. To date, we've given away about $2,000.

What advice would you give entrepreneurs for using social media most effectively?

What social media trends should entrepreneurs look to in 2012?
A hot topic right around the corner is data aggregation and analysis. When the market starts doing semantic analysis, or studying social media users' Tweets and messages to form marketing cues, I'm not sure what the corporate action or the consumer reaction will be. Though, I'm confident that when it happens there will be a big response from both camps.

Related: Why Your Small Business Should Hangout on Google+