Will 2012 Be the Year You Start a New Business?

By Carol Tice January 5, 2012
Opinions expressed by Entrepreneur contributors are their own. 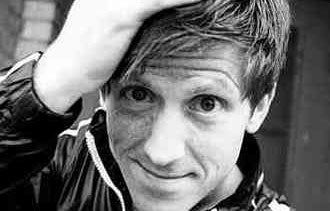 When you're entering the fifth year of a grueling economic downturn, it's easy to get discouraged. But some would-be entrepreneurs aren't letting unemployment figures get them down -- they're seizing the chance to start their own business.

While the tough economy poses challenges, there are also some distinct advantages to starting a business now, including:

Most importantly, there's the thrill of chucking a job you hate -- or maybe a floundering small business that's not working -- to try out a new idea.

The biggest hurdle to jumping into entrepreneurship usually isn't economic, anyway -- it's between your ears. On the new Halogen network reality-TV show Jump Shipp, author Josh Shipp (The Teen's Guide to World Domination) helps people who're stuck in a dead-end job (or relationship) to break free and pursue what they really want.

Many of the stories are about would-be entrepreneurs who're trying to get up the gumption to take the leap and start their own business. In a recent episode, graphic designer Debbie Lee longs to become a freelancer in her chosen field, but is stuck working in her family's jewelry business, now distressed by the bad economy.

With Shipp's help, she gets both a realistic assessment of her portfolio and how to get it in better shape to land gigs, and moral support for breaking the news to her parents that she wants to quit working in the family business.

In another episode, a talented graphic novelist gets a push from Josh to take the plunge and try to make a living from her art.

"Her kryptonite is lack of commitment," Shipp notes. Isn't that true of so many people who wish they were starting a business, but never seem to get around to it?

Will you start a new business this year? Leave a comment and tell us your plans.