Puzzle for Policy Makers: How to Increase Gender Equality in Entrepreneurship 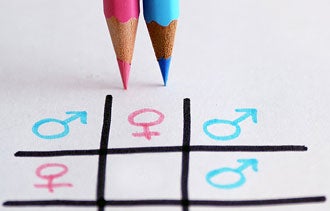 Across the globe, the gender gap in entrepreneurship remains stubbornly persistent.

The Global Entrepreneurship Monitor (GEM) 2010 Women's Report found that among the 59 countries in which data was collected, only women in Ghana have a higher rate of entrepreneurship than men. Similarly, data from the Organization for Economic Cooperation and Development show that in 2010, self-employment was more common among men than women in 27 of 29 countries in which information was gathered.The gender gap has been notably persistent in the U.S., where women accounted for the same share of self-employed heads of corporations in 2010 as in 1994 -- 22 percent.

How can policy makers reduce the longstanding disparity? The answer depends largely on why the gap continues. One explanation is that women face greater obstacles to company formation than men. If only it were that simple. The researchers for the GEM report found no statistically significant gender-related differences in barriers to business formation.

Related: Women Entrepreneurs Put the Government in the Hot Seat

Moreover, a variety of studies haven't found any gender difference in the chances of getting financing, once the type of start-up business is factored in. For instance, manufacturing firms are more likely to be financed by outside sources, and men are more likely than women to start manufacturers. But once the different odds of men and women starting companies in industries like manufacturing are accounted for, there is no longer any difference in the chances of obtaining outside financing.

In fact, women actually have greater access to start-up capital when self-financing is taken into consideration. Men and women have access to similar amounts of savings to finance their businesses, but women tend to start less capital-intensive companies than men.
Policy makers could try to deal with one reason for the gender gap: differences in entrepreneurial capabilities. The GEM report indicates that women are much less likely than men to report having the necessary abilities for running their own businesses, particularly in developed countries. The authors of the report propose that policy makers can put in place programs that help women “build their capabilities for business ownership.”

Gender differences in preferences for entrepreneurship have persisted across several decades. The Cooperative Institutional Research Program at the University of California at Los Angeles has surveyed college students about their interest in running their own businesses annually since 1975. Consistently, their data has shown a stronger interest among men than women. In fact, that difference is greater now than it was in the mid-1970s.

Gender differences in interest in entrepreneurship start early. One study by Marilyn Kourilsky, professor emerita at UCLA, and her colleagues showed a 14 percentage point gap in whether high school kids wanted to become business owners someday.

It isn't that women have more negative views of entrepreneurship as an occupation than men; they are just less interested in the job personally. The GEM report shows no statistical difference between men and women in whether they view entrepreneurship as a good career choice or whether successful entrepreneurs have high social status.

Elected leaders can't legislate a way to make more women want to start companies, particularly when gender differences emerge as early as grade school. Consequently, the gender gap in entrepreneurship is likely to persist for a long time to come.

Related: Will New SBA Rules Give Women Entrepreneurs Their Due?