By Carol Tice January 16, 2012
Opinions expressed by Entrepreneur contributors are their own. 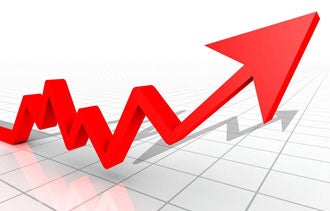 Even before the Labor Department reported that 200,000 new jobs were created in December, a funny thing was happening: Business owners were starting to feel more upbeat about 2012.

So what's going on?

Is it just that we don't want to be depressed anymore? Or maybe four (going on five) long years of pent-up, American-consumer demand may be all we can take before we've just gotta buy.

Perhaps owners are simply feeling better these days because they're having an easier time getting the money they need to grow. A Thomson Reuters/PayNet survey showed business lending hit a four-year high in November.

There are still plenty of negatives out there, though.

The unemployment rate is still high, at 8.5 percent. Some say Americans overspent on the holidays and may not be able to buy much for at least another couple of months. And Europe remains in economic chaos.

If you sense a positive change in the wind, here are three ways to lay the groundwork for growth in 2012:

What business-building, if cautious, moves would you add to this list? Leave a comment and let us know.

You Need to Make an Important Distinction for Your Small Business