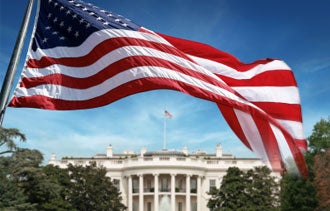 The online tech community can breathe a collective, if only momentary, sigh of relief. The White House on Saturday issued a statement indicating that it will not support a pair of bills that aim to combat online piracy by foreign websites, arguing that the bills could diminish the open flow of information as well as innovation among large and small online businesses.

The bills in question -- the House's Stop Online Piracy Act (SOPA) and the Senate's PROTECT IP Act (PIPA) -- aim to punish "rogue" websites that publish or sell pirated content. As currently written, the SOPA bill would allow copyright holders to obtain court orders to disallow other companies from doing business with the sites that are alleged to be in violation of a copyright.

Supporters including the Motion Picture Association of America have argued that pirating websites eat into the revenues of major Hollywood studios as well as smaller businesses that produce copyright-protected material. But online heavyweights such as Google, Facebook and AOL have countered that the bills can negatively affect the flow of information online and stifle innovation among online businesses large and small.

"While we believe that online piracy by foreign websites is a serious problem that requires a serious legislative response, we will not support legislation that reduces freedom of expression, increases cybersecurity risk, or undermines the dynamic, innovative global Internet," the statement reads. It was written by Victoria Espinel, intellectual property enforcement coordinator at the Office of Management and Budget; Aneesh Chopra, U.S. chief technology officer and Howard Schmidt, special assistant to President Obama and cybersecurity coordinator for national security staff.

"Across the globe, the openness of the Internet is increasingly central to innovation in business, government, and society and it must be protected," the statement continues. "To minimize this risk, new legislation must be narrowly targeted only at sites beyond the reach of current U.S. law, cover activity clearly prohibited under existing U.S. laws, and be effectively tailored, with strong due process and focused on criminal activity."

Bottom line, the Obama administration isn't a fan of the bills as they're currently written but says it will continue to work with Congress on "bipartisan" legislation to fight online piracy. Stay tuned.

Do you think the SOPA and PIPA proposals would be good or bad for small business? Let us know in the comments section below.