By Lambeth Hochwald January 23, 2012
Opinions expressed by Entrepreneur contributors are their own. 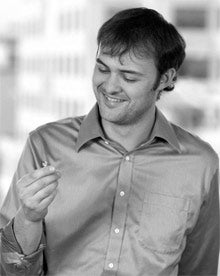 Giving a loved one jewelry is pretty special, but designing the piece yourself makes the experience all the more meaningful. So believes Matt Lauzon, who created a customized jewelry company called Gemvara ("vara" means "wish" in Sanskrit) with a classmate at Babson College in 2007.

"At the time, I was really fascinated by mass customization," he says. "And, when I was introduced to the jewelry industry by a fellow classmate, I fell in love with it."

The duo introduced their design-your-own jewelry vision to brick-and-mortar stores, where customers could access Lauzon's software via computers. But the partners quickly realized they'd have more success working independently online. "To deliver a really unprecedented experience, we knew we needed to control everything, including customer care, what we were choosing to merchandise and how we were pricing it," says Lauzon, whose partner soon went off to start another business.

Within months of launching the Gemvara website in February 2010, Lauzon, 27, had one of his biggest aha moments: "When we realized that the vast majority of our customers had never bought jewelry online before, it meant we had a shot at becoming the biggest jewelry company in the world online or off."

How to achieve that? By delivering an experience that customers would find more pleasant than shopping in a jewelry store. "When we speak to customers on live phone, chat or email, we're essentially providing customers the same personal experience a local jeweler provides," says Lauzon, "but with a bigger selection, the ability to customize, and an approach that starts with providing a great customer experience rather than unloading inventory."

Growth spurt: Since its launch, Boston-based Gemvara -- which keeps no inventory and, instead, sources gemstones as needed from suppliers -- says it has sold more than a million pieces of made-to-order jewelry. They are created from more than 1,500 designs, 26 gemstones and eight precious metals. Lauzon declines to discuss financial results but says the number of orders more than tripled in 2011, and similar growth is expected this year. Monthly page views -- about three million in December -- have increased 20-fold since Gemvara's debut, according to Lauzon. And the company -- which has raised more than $25 million in financing -- has grown to 70 employees from 20, including a recent hire from Zappos who is Gemvara's chief experience officer.

Related: Get Out of Town With Wanderfly

Why it's worth watching: Lauzon keeps a singular focus on customer relationships and has hired a dozen staffers to work closely with consumers on their designs. "I believe you should spend all the time in the world understanding and working with that customer," he says. "That focus is even more important than pleasing your investors." Often, conversations turn from jewelry to life's challenges, enabling Gemvara's customer-service representatives to get to know customers personally. "They'll talk to us about their relationships, their pets, anything that moves them, and a lot of times it has nothing to do with jewelry," Lauzon says. "We have a culture of sharing stories, tears of joys and tears of happiness." He notes that many military personnel visit the site to design a special piece or purchase an engagement ring before they're deployed overseas.

Why it matters: Lauzon's focus on customization is what makes Gemvara stand out. "Self-expression is at the core of what's driving the desire for customization," he says. "People love the meaning that comes with putting their story behind something -- both in designing for themselves but also when designing for someone else. We fundamentally believe that empowering our customers and their self-expression is more important than anything."

Looking ahead: Keep an eye on Gemvara as the site becomes more occasion-specific in the coming year. "We do a lot around engagement rings, but we want there to be more options for gifts and other celebrations," Lauzon says. This year, the site also will begin offering jewelry from well-known designers. "We will expand our selection in many ways" beyond custom designs, as part of the company's growth strategy, Lauzon says.

Tips to stay ahead of the curve: Lauzon urges entrepreneurs to take chances. "If you're always using data or testing from the past, you'll never be ahead of the curve," he says. "Every once in a while, use your intuition instead." Become active on social media, too, suggests Lauzon, who is a regular on Twitter. "A lot of our customers will talk about how they saw my Twitter feed," he says. "I find Twitter to be a phenomenal way to build relationships in a way that hasn't been possible up until now." He cautions that CEOs should make sure that every Twitter posting sounds professional. "I apply a filter," he says, that asks, "What would my mom think, my employees think, my investors think?"

Related: On Zaarly, You Can (Usually) Get What You Want