A Guide for Using Mobile Devices When Traveling Abroad

By Jonathan Blum January 25, 2012
Opinions expressed by Entrepreneur contributors are their own. 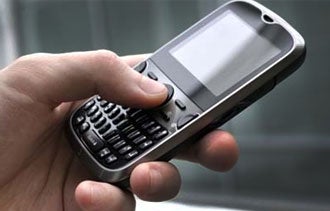 Going without a phone isn't an option for international business travel, and this is where big carriers can make big money. Roaming calls are often charged at several dollars per minute, text messages can cost up to 50 cents each and data plans are similarly pricey. If you aren't careful, what initially seems like a few phone calls, text messages and basic Web searches can end up costing more than your airfare.

But there are ways to mitigate these expenses. But it requires careful planning well in advance of traveling as well as managing communications throughout your trip.

Here's what you need to do before taking your mobile device abroad:

Know the basics.
Mobile use is different everywhere you go. The acronyms to know are CDMA (Code Division Multiple Access) and GSM (Global System for Mobile communications) -- the most widely-used wireless networking standards around the world.

When traveling abroad, your cell phone needs to be compatible with the wireless technology in the country you are visiting. Verizon and Sprint Nextel use CDMA technology, while AT&T and T-Mobile tend to use GSM. CDMA-enabled phones will work in Mexico, Canada and many non-European nations such as Japan and India. GSM is generally available worldwide, but different frequencies are used in the eastern and western hemispheres.

Nothing will replace researching the basic international calling plans with carriers. Make sure you understand how voice, text and data are billed depending on your destination country. Verizon, AT&T, Sprint and T-Mobile have detailed international travel pages that show country-specific international roaming, text and data rates, wireless standards used and compatible devices.

Work with your carrier, know your options.
There are numerous factors that make up international mobile charges -- some of which you may not have thought of. The smart way through this maze is to contact a support representative who can confirm that your phone is enabled for global usage, and ask your carrier about options for activating global roaming before your trip. If it can't be enabled, you don't necessarily have to buy a new phone. Rental phones are often available through the major carriers as well as third-party sites including Playa del Rey, Calif.-based CellularAbroad and Boston-based Telestial. Both also rent SIM (Subscriber Identity Module) cards that can work in unlocked phones and give your phone a local number for affordable in-country calls.

Confirm voice, text and data coverage and rates for your destination. Not every country offers the same services, such as 3G data access. Understand what you will be charged for, including the cost for calling in-country versus abroad. For example, AT&T doesn't charge additional long-distance on top of its international roaming rates, but it does charge international roaming minutes for calls that go to voicemail, unless the phone is off.

Related: When to Mix Work and Play on a Business Trip

Ask about international business packages. Especially with data, look into buying a "capped" plan, meaning you can use only so much data. For example, Verizon offers international data plans starting at $30 per month for 50 MB.

Also, talk through the specifics of using global roaming on your device. Find out how to enable service, turn on and off data roaming and sync the data on your phone.

Be a frugal user.
Whatever you do, talk less, surf less and do as much as you can with low-cost Wi-Fi connections.

The easiest way to stay on top of your overseas mobile usage is to set guidelines. Keep conversations simple and, for example, tell clients you will send a detailed follow-up over email. To keep smartphone data usage to a minimum, know which of your apps connect to the wireless network. Data tracking apps such as Mobidia's My Data Manager show what you've used and when. Know how to disable global data roaming and make sure it's off.

Related: Three Ways to Get More for Your Business-Travel Dollars

Consider using Web-enabled communications tools that route international calls over the Internet using a technology called voice over Internet protocol (VoIP). VoIP apps such as Microsoft-owned Skype make it possible to place international calls for pennies on the dollar compared to using the wireless network. These calls can even be free if the person you are dialing is also using a VoIP client.

Be aware though these services can require a separate mobile data plan or Wi-Fi connection, and require you use a different number than your normal business phone, which can be confusing.

Bottom line: Affordable overseas calling is possible if you spend the time making it work for you before you travel. Anticipate the issues, and traveling abroad won't result in unexpectedly high mobile bills.