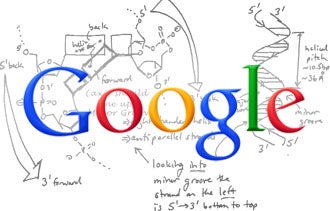 Google issued a new warning to webmasters that it is updating its algorithms again, this time targeting websites that choose to display ads that run above the fold -- that is, the section of a webpage visible without scrolling.

And before you start griping that Google just won't leave well enough alone, this change is a good thing for everyone who values accuracy and well-written content. What this latest algorithmic improvement does is cut out the riff-raff, leaving the door open for well-designed, high-quality pages that attract visitors with their content instead of various SEO tricks, ploys and greediness.

Here's what happened: Google began hearing complaints from users who said they were growing weary of having to scroll down a webpage past a forest of advertisements in order to find the content they were seeking in the first place. Consequently, as a result of the search engine's algorithm action last week, these ad-riddled sites might not rank as highly as they once did.

This change should have no measurable effect on companies that maintain a minimum advertising above the fold, so long as relative content outweighs ads, and especially if that advertising relates directly to the products or services offered by the website owners. Google's stated goal is to bring a good user experience to the computer screen. Nobody's discouraging online advertising, they're just suggesting the majority of it be found below the fold, leaving the reader with worthwhile material when the page opens up on the monitor.

And if comprehensive content is your company's current curriculum, there's no call for concern about your corporate site going to the back of the SEO bus, because Google insists its new algorithm edict will affect less than one percent of searches globally. Nevertheless, if you do have more than a few ads prominently on display when your site is opened, you might want to check with your webmaster and see if those ads are obscuring your purpose in having a corporate page or blog.

In the meantime, here's what last week's Google algorithm change means for your business:

How have changes to Google's algorithm affected your business? Leave a comment and let us know.