By Susan Gunelius February 3, 2012
Opinions expressed by Entrepreneur contributors are their own. 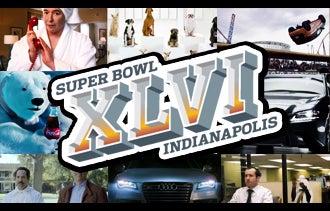 The 2012 Super Bowl is expected to be the year for lengthy commercials that tell stories. Back in 2009, Miller High Life caused a buzz with a one-second Super Bowl commercial, but such brands as Pepsi, Volkswagen and Audi are expected to go long this year, with 60-second spots instead of the usual 15 or 30 seconds. You can bet the longer commercials will tug at viewers' heartstrings because good storytelling is all about building an emotional connection between the brand and consumer that can lead to loyalty and word-of-mouth promotion.

Last year, researchers at the University of California at Los Angeles reported in the Journal of Neuroscience, Psychology and Economics that ads with a direct, logical approach stimulate more of a consumer's brain than emotional ads. But emotional ads cause activity to decrease in the part of the brain that inhibits response to stimuli. In other words, emotional ads can seduce consumers into buying products by making the brain more responsive to stimuli.

Related: What's Hot and What's Not in Content Marketing for 2012

Emotional ads aren't new, of course. Coca-Cola has long connected with consumers through sentimental commercials, including its legendary "Mean Joe" Greene Super Bowl spot. More recently, Google ads have told heartwarming stories about how its products help people fall in love and families reconnect. At the same time, Google also understands a trend small businesses can leverage without breaking the bank: commercials as content. It and other marketers are creating ads that can serve a dual purpose as both television commercials and engaging digital content. Allstate has done this quite successfully with its Allstate Mayhem YouTube channel where short and long commercials featuring the Mayhem character are viewed millions of times, shared and discussed across the social Web.

When creating commercials to be repurposed as shared content, you should make the ads do three things:

1. Tell a story: Chrysler's 2011 Super Bowl ad, "Imported from Detroit," was a full two minutes and told the story of the battered but strong Motor City and U.S. auto industry. The commercial was a bold but effective move after the government bailout had tarnished Chrysler and the other automakers:

2. Trigger emotions: Apple proves you don't have to extend an ad's length to relate a story that evokes emotions. In 30 seconds, the company tells stories about how people use its products, while making viewers feel something at the same time. Whether you're longing to connect with friends and family or feeling guilty because you haven't seen them recently, this ad will likely stir your emotions:

3. Motivate consumers to choose to view: If commercials are interesting, useful and meaningful, consumers are less likely to fast-forward through them with the DVR remote. This ad for Google+ Circles manages to convey useful information while telling a compelling story:

The lesson for small businesses: Longer commercials are less about length considerations and more about flexible content. You don't need to invest millions of dollars in a Super Bowl ad, but you should think about shifting your view of commercials. They don't have to be for a single medium any longer and can be integrated into a comprehensive content marketing strategy. At the same time, they should tell stories that create an emotional link between consumers and your brand, thus encouraging people to view, share and talk about them.

Related: Where to Focus Your Business's Ad Dollars in the New Year

Susan Gunelius is CEO of KeySplash Creative Inc., a marketing communications and strategic branding company. She has authored a dozen books about marketing, branding, social media, copywriting and technology and is the founder and editor in chief of WomenOnBusiness.com, a blog for business women.