By Michelle V. Rafter February 4, 2012
Opinions expressed by Entrepreneur contributors are their own. 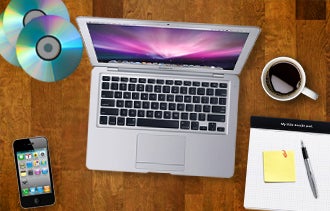 You may be in the same position at the same place you've worked for years. But the economy, technology and demographics are transforming how you get your job done.

Out: commuting, 9-to-5 schedules and standard-issue office computers. In: telecommuting, more flexible hours and using your own laptop or smartphone for work.

Here's more on those and other changes that could be coming to your workplace this year:

1. Mobile devices.
More employees are using their own iPhones, iPads and other portable electronics for work instead of company-issued computers or laptops, a trend sometimes called "bring your own device" or BYOD. Some companies worry about how they'll keep confidential information safe and workers on task and not on Facebook or playing Words With Friends. But that won't stop the move toward fewer restrictions, not just on what devices employees use but also on how, when and where they use them, according to workplace experts.

2. Telecommuting.
Companies are offering telecommuting as a way to give employees more flexible schedules and in some cases make up for not offering bigger raises, but also to curb office space expenses. Among the biggest telecommuting advocates are boomers, says Kate Lister, a telecommuting researcher at the San Diego-based Telework Research Network. "The majority of boomers are at or near the highest rung of the corporate ladder they're likely to achieve," she says. "The raises, promotions and accolades that once motivated them have been replaced with thoughts of retirement, aging parents, mortality and 'What do I really want out of life?' AARP research shows 70 percent want to continue to work, but they want to do it on their terms."

3. Open office spaces.
With fewer employees coming into the office, companies are reconfiguring floor plans to devote more square footage to communal areas and less to traditional, walled work spaces. Some have remodeled entire floors to include shared workstations and group areas for impromptu brainstorming or conference sessions. Employees who aren't around every day may get lockers to stash personal items during office hours.

4. Instant communication.
Employees increasingly view email as an inefficient form of communication that moves at a snail's pace compared to text messages, social networks and other alternatives. "Email is quickly going the way of the fax machine," says Robin Richards, CEO and chairman of TweetMyJobs, a Twitter-based job service. "Just watch your [city's] mayor. I'm watching every week, and more and more mayors are beginning to communicate via social networks and texting. It's the only way their employees communicate with each other."

5. Online collaboration tools.
More companies are using web-based software, rather than email, to communicate with telecommuters and mobile workers. Some companies now use programs such as Yammer, Chatter and Jive to create private, Facebook-style networks that managers and employees can use to exchange messages or documents. Video- and web-based conferencing is here to stay too, workplace experts say. Employees need to know how to use it all, regardless of where they work.

6. Web-based software.
Employers are following consumers by using more web-based or "cloud" computing, including not just collaboration tools but also other web-based software in day-to-day operations. Those applications include: web-based portals employees can use to check on their health insurance or 401(k) investments, and recruiting apps that let employees share job openings with friends on Facebook, LinkedIn or Twitter. Similar apps let companies post open positions directly on social networks where job hunters can find them.

8. Independent contractors.
It's the age of the free agent, and not just in sports. More people are working as independent contractors, not because they can't find permanent full-time corporate positions but because they want to. OpenDesks, a startup service that matches co-working facilities with companies and individuals, has only a handful of full-time employees, and also contracts with workers in Montreal, New York, and Sydney, Australia. "We tried to recruit one of our part-time team members to a full-time equity position. She wants to be part of the team but remain independent," says OpenDesks CEO Chris DiFonzo. "The organization has fundamentally changed. I'm not certain what this means for management and hiring long term, but I'm 100 percent convinced this is a permanent change."

9. Co-working spaces.
Whether they're independent contractors or full-time employees, more home-based workers are checking out co-working spaces, where they can find a desk for a few hours, often at minimal expense, plus conference rooms, internet connections and other standard office amenities. Worldwide, the number of co-working spaces is mushrooming. DiFonzo says OpenDesks expects to have 1,500 locations in 750 cities and 100 countries in its database by the end of January. One side benefit of sharing: The person you sit next to could become a sounding board for product ideas, or better yet, a business partner, supplier or investor, DiFonzo says.

10. Corporate culture initiatives.
A decent salary and benefits are no longer enough to attract or keep valuable employees. For that, companies are investing in initiatives that speak to the passions and practices of workers of all ages. Those initiatives include going green or producing products in a more socially responsible manner to allowing employees time off to perform community service work. Comcast, for example, participates in Facebook charity fundraising drives and sponsors an annual community service day where tens of thousands of employees and their families plant gardens and perform other volunteer work at locations around the country.