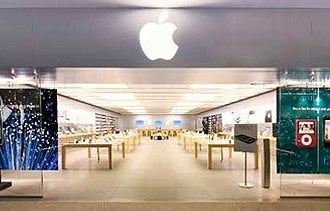 Between frequenting my new favorite taco stand in Venice, getting my hair cut by a barber I stumbled across in Laguna Beach and downing a pot of Yunnan at an independent tea shop in Los Angeles, I had a travel epiphany in Southern California. I realized that I spend so much time seeking out the new, different and one-of-a-kind on my trips that I often fail to fully appreciate the regional and national brands I couldn't--or really rather wouldn't--do without.

Nobody is more supportive of small businesses and local ownership than I. Upset at the damage that big-box chains are doing to Main Street, U.S.A., or the affect that fast-food burgers are having on our nation's waistline? I feel your pain. But every national behemoth started out as a local merchant, and some still provide services that I can't find anywhere else--at least not without an intensive search. Consider:

Starbucks. I don't drink coffee, and I carry my own tea. I'm philosophically opposed to the contrived Starbucks culture that has created an entire vocabulary for caffeinated overindulgence. But I'm an information hound, and these days "the local newspaper we provide to guests is USA Today," as the clerk at a luxury hotel in Portland, Ore., told me recently. Starbucks stores nationwide sell The New York Times and at least one major metropolitan daily. They have proprietary mixed CDs and fresh sandwiches. And they'll give me hot water for my tea.

SiriusXM. At home or in hotel rooms, I'm a huge proponent of internet radio. I listen to the eclectic programming of WMMT in Kentucky and classical music from KING in Seattle, and I'll dip into subcultures from the Caribbean to the banks of the Mersey. Satellite radio, by comparison, is boring and bland. That said, it's so much better than what's usually on the dial in my rental car. Getting access to sports events, the audio feed of the major news networks, specialty music channels and even traffic information is a major upgrade. I don't request a Sirius-equipped car, but I'm always thrilled to get one.

Barnes & Noble. Is there a better spot in America for killing an hour on the way to the airport than the local Barnes & Noble? Between the magazine racks, which groan with titles I never see anywhere else, and the seemingly endless aisles of books, I have to be careful not to lose myself for the entire afternoon. It doesn't hurt that the overstuffed chairs encourage not just browsing but loitering, and that the banana bread at the cafe is seductively good.

Le Pain Quotidien. For a traveler, breakfast is the most difficult meal of the day. Most hotel breakfasts are, to be kind, a rip-off. Grab-and-go options frequently border on disgusting. But who has time to source out that perfect little diner? Le Pain Quotidien is an international chain with restaurants from Mexico to Qatar and locations in New York, Southern California, Philadelphia and Washington, D.C., with more on the way. The food, made as often as possible from organic ingredients, is always well-presented and delicious, and my breakfast rings up at half the price of that $18 hotel omelet. (I daydream about the open-face egg salad sandwich with capers and anchovies.)

Apple Store. My family came late to the Apple revolution. We don't own an iPad, yet a quick count revealed six of the company's products in constant use. As a businessman, I rely on communications devices more than ever. Sure, Apple Stores can be as crowded as subway stations, and the Genius Bar slots barely give you time to say hello. But if your files are corrupted, your address book won't sync or your phone doesn't work, is there anywhere you'd rather be?

The next Chipotle?
These regional chain restaurants are worth seeking out--if only to say that you knew them when

Thai Basil
(three locations in Phoenix/Scottsdale)
Regulars vouch for the authenticity of its Thai curries and a consumer-first attitude.