There's no better way to discover how closely design and business are intertwined than to go looking for trends that present opportunities for business owners. Even if a trend isn't directly applicable to all industries, the notions behind it can inform and influence a diverse range of product development, distribution methods and business processes.

Here, we look at emerging trends that address the intersection of design and technology and reflect the ways in which Generation Y, the Millennials, are exerting real influence as drivers of business.

Incrementalism
Comprehensive redesigns can be risky, wasteful and expensive--three adjectives that don't gel with a tough economy. As an alternative, designers have been stepping back to analyze entire product life cycles in search of small adjustments; in other words, taking an incremental approach. These are quiet changes, but they go a long way toward meeting desired goals. 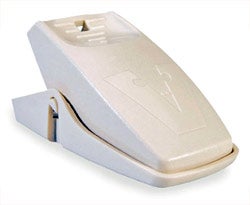 "Many times the answer is right in front of you," says James Moustafellos, associate director of the Center for Design and Innovation at Temple University's Fox School of Business. "It doesn't always have to be the newest unknown thing. It's more about, How do you design a better system?" When Lititz, Pa.-based Woodstream sought to make its Victor Quick Set Mouse Trap more environmentally friendly, it turned to Philadelphia design firm Bresslergroup, which homed in on the product's packaging. The designers decided to replace the plastic blister pack with cardboard; by integrating the cardboard into the assembly, they condensed the manufacturing process.

"It's a very small product, but the brand is sold all over North America," says Bresslergroup design director Mathieu Turpault. "So if you can change the amount of plastic in the packaging, that makes a big difference when you multiply it by the number of units sold."

Incrementalism can also mean investing in the full exploration of a new product to ensure that every opportunity will be met. Evolution Products, a producer of industrial copper wire, found that the reels for transporting the product were so heavy, it was cost-prohibitive to ship them back to their points of origin for reuse. Bresslergroup designed a lightweight, collapsible reel; the client was so pleased it started a side business to sell them to other wire producers.

From Mass Consumption to Quality Consumption
Several recently touted design trends--a focus on nostalgia and heritage-based wares, a demand for authenticity and an interest in provenance--reflect the growing distaste for generic merchandise and mistrust of big corporations.

"As people are more conscious in considering their choices, there's a shift from quantity to quality," Moustafellos says. "There's an interest in the quality of the making and who designed it." 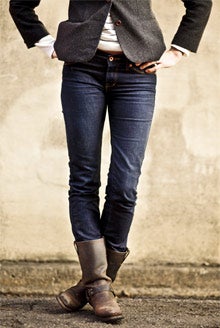 Raleigh Denim is a beneficiary of this vibe. The seeds for the Raleigh, N.C.-based jeans label were sown when owner Victor Lytvinenko became obsessed with re-creating a pair of pants he'd found at a thrift shop in Europe. He and his wife, Sarah, sought out informal apprenticeships with former denim-factory workers to learn pattern-cutting and construction methods, and they sewed their first order--for 114 pairs of jeans for Barneys New York--working through the winter in an unheated live-work space.

Raleigh Denim now has 20 employees, including a 77-year-old patternmaker. The jeans, priced from $215 to $285, are handcrafted in small batches on vintage equipment and sold at high-end boutiques around the world as well as at the store fronting the downtown Raleigh factory. "Our whole model is about quality and style," Lytvinenko says. "Our clothes aren't cheap, and they can't be. We can't make the cheapest thing, so we want to make the best thing."

Attempts to reframe the experience of shopping loom large for business owners seeking to capitalize on the ubiquity of smartphones. Innovations range from apps that aggregate daily deals to the virtual supermarkets lining Shanghai subways--QR code-embedded LED screens simulate stocked supermarket shelves, allowing commuters to buy groceries while waiting for their trains; the goods are then delivered to their homes.

to receive a business-specific offer, then buys products or a meal using the phone. The next time the consumer patronizes that merchant, the Modo discount is deeper.
Modo CEO Bruce Parker says users are hungry for simplified interaction in the face of pervasive new technology. He cites reports of "app fatigue," noting that downloading another app is beginning to be perceived as too much of a commitment. "The point is to start conversations around purchases," he says, "and to create a relationship around certain brands. It's about infusing character into something that's flat and inert like a screen."

Service Design
"Eighteen months ago the headlines were all about design thinking," says Ric Grefé, executive director of AIGA, the professional association for design. "Soon they're going to be all about service design." The pioneering work in this emerging field is in health care. When the SSM DePaul Health Center in St. Louis hired design firm Ideo to revamp its emergency room, a designer documented the patient experience via a video camera strapped to his head. For hours, the tape captured ceiling tiles--nary a human face. The data led to significant retraining of the ER staff.

The Dubberly Design Office took a similar approach to the Starbucks experience, mapping the typical customer's path from entrance to exit. The results yielded refinements such as rejiggering the drink framework for easier customization and moving the order pickup away from the registers. "Design was once all about form and content," Grefé says. "Now it's about context, or where you receive it and how you receive it over time."

In a buyers' market, experience becomes a key point of differentiation. "There are a million places to buy a computer," says Temple University's Moustafellos, "so why do people seek out Apple products at an Apple store?" There are also plenty of places to buy a beer along H Street in Washington, D.C., but the Big Board bar is always overflowing. Here, beer is treated as a commodity. The prices fluctuate from one minute to the next depending on supply and demand; the more one type of beer is ordered, the lower its price dips, and customers track the fluctuations on a big digital board. It's a uniquely designed service experience.

Mass Customization
Making products that are easy to personalize is a newly popular direction for industrial design, a field that has traditionally been skewed toward mass production. "The ability to customize encourages a greater connection between consumer and object," Moustafellos says. "When something's designed on a computer," he says, "it's no longer a laborious process to transmit specs from designer to manufacturer."

Mass customization is about integrating variability into a product's design. Philadelphia's Mio, which makes stylish, sustainable home goods, has a 3-D ceiling tile that can be painted and configured to create different patterns. Mio had been focused on experimenting with materials and processes until co-founder Jaime Salm learned why his most popular products were resonating with customers. "After getting feedback and pictures," he says, "we realized customization is what they're after." Now Salm begins the design process by considering how he can build customization into the product. "Philosophically, people are buying the story of a product," he says, "not just the product." That story is more appealing when it's in the first person.

Social Responsibility
During the weeks leading up to Christmas last year, visitors to the website of outdoor clothing and gear company Patagonia were met with a homepage imploring, "Don't buy this jacket," and a message about reusing and recycling. Progressive companies like Patagonia are demonstrating that business for the sake of business is becoming less acceptable from a consumer standpoint.

"Millennials have integrated social responsibility into their ethos," AIGA's Grefé says. "It's a fundamental part of them, and companies are realizing their future is going to be building toward that." 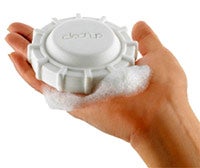 Yves Behar and his San Francisco-based firm Fuseproject may be the most conspicuous practitioners of values-driven design. His One Laptop per Child and eyeglass initiatives for impoverished children embody his "design for good" motto.

Similarly, Hideaki Matsui created Cleanup Soap to raise awareness of the global land-mine crisis. The product achieves this both literally and metaphorically: Matsui's vision is for the land-mine problem to disappear just as his mine-shape soaps shrink over time in a soap dish. Two dollars from each $8 soap sold is donated to the Cambodia Landmine Museum. Any profits are a consequence of designing an effective solution.