By Scott Shane February 28, 2012
Opinions expressed by Entrepreneur contributors are their own. 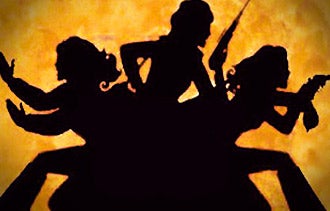 Angel groups are one of the fastest growing segments of the angel capital market. That's not surprising because investing as part of a group has several advantages. It lets members pool capital and make larger investments in startups, diversify their investments across a larger number of new companies, tap the knowledge of others in the group, and improve access to good deals.

You might think these benefits would lead the U.S. Securities and Exchange Commission to encourage more angels to join groups. But the regulatory agency actually does the opposite through policies that encourage angel groups to limit membership to accredited investors. To be accredited, investors need at least $1 million in net worth individually or as part of a married couple, or annual income greater than $200,000 as a single person and $300,000 as a married couple.

Because the SEC requires entrepreneurs to make more disclosures to nonaccredited investors than accredited ones, angel groups avoid people who don't meet the accreditation standards. They want to ensure that entrepreneurs seeking funds from them won't need to meet the additional disclosure requirements and can be exempted from registration requirements.

The SEC's logic is that people with less money need more protection against fraud and poor investments. But this paternalism is misguided. Being rich does little to protect you from fraud. In fact, having more money probably makes you a bigger target for con men, who generally share Willie Sutton's view – Go where the money is. Just ask Fred Wilpon, owner of the New York Mets, and Jeffrey Katzenberg, CEO of DreamWorks Animation, whose wealth did little to protect them from Bernie Madoff's Ponzi scheme.

Moreover, being rich doesn't mean you understand finance. While the SEC's policies assume that wealthy people are sophisticated investors, we know that isn't necessarily true. For example, the SEC categorizes actor Nicolas Cage as an accredited investor, despite all of the financial problems he has experienced because of dubious investments. Yet a recent Wharton School graduate who majored in finance and now works as an analyst at Goldman Sachs gets classified as an unaccredited investor. Which one do you think needs the SEC's protection more?

Related: Could a Band of Angels Help Your Business?

Such paternalism comes at a cost. An analysis I conducted a few years ago showed there are nearly eight unaccredited investors for every accredited one. Limiting angel groups to one-ninth of the potential investor pool means less available capital for entrepreneurs. And as any first year economics student can tell you, limiting the supply of angel group capital means that entrepreneurs pay more for it.

The SEC's accredited investor rule also makes angel capital markets less efficient. Tracking down lone angels is much more difficult than finding angel groups because most individuals don't have websites or organized meetings, as the groups do.

Related: A Guide to Angel Investors

The SEC could both protect unaccredited investors and improve the angel capital market simply by replacing the current rule with a limitation on the amount of net worth they could invest in an individual startup. That approach would give them access to angel groups and let them diversify to protect themselves against bad investments. The policy change also would mean more capital for entrepreneurs. It seems like a pretty easy win-win to me.