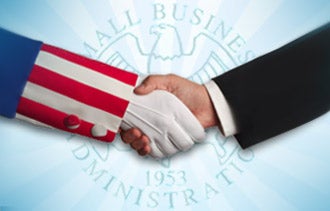 The Small Business Administration's $1 billion matching program aimed at supporting young companies will kick in this year. But the question is, will the venture capital community on which the program relies be eager to participate.

Last year, President Barack Obama announced the creation of "Startup America," the White House's sweeping public-private effort to bolster high-growth companies. As part of the effort, the SBA unveiled two $1 billion programs that attempt to help small businesses and entrepreneurs by matching private venture investments. In the first program called the Impact Investment Fund, the SBA will match the private capital invested in startups located in economically distressed areas up to two to one. The second, Early-Stage Innovation Fund, offers to match private investments one for one and caters to early-stage companies outside of the startup hot spots of California, Massachusetts and New York.

The SBA is trying to compensate for what it considers to be market failures: Businesses in distressed communities and startups often struggle to raise funding. To that end, the agency is selling bonds and investing the proceeds in startups if they can raise capital from private investors. Although all this sound peachy in theory, after digging into some of the details, it now seems as though the SBA's efforts -- while harmless enough -- likely won't help businesses much after all.

Why not? The answer is simple: The returns to venture-capital firms have barely kept up with the rate of inflation. And as a result of this terrible track record -- which clearly doesn't compensate investors for the risk of betting on a private company someday becoming the next Facebook -- venture capitalists are loath to throw their hats into the ring.

The companies that are being targeted by these SBA programs are unlikely to provide venture investors with that kind of return. If they were that compelling, the startup's founders wouldn't need any assistance from the government. The private-capital market would be more than delighted to pour money into it.

And that's the big challenge that these SBA programs present for company founders. They create the illusion that private investors will be enticed by the opportunity for the government to provide capital next to their money to invest in the startup.

In short, a startup seeking to raise capital needs to provide an overwhelmingly compelling argument to private capital providers that it can pass two tests with flying colors:

How have various SBA programs helped improve your company's access to capital? Leave a comment and let us know.