Six Small Business Proposals from Washington You Need to Watch 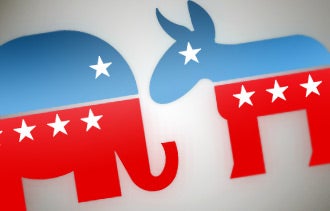 UPDATE: In a rare sign of bipartisanship, the House passed the JOBS Act on Thursday, March 8, by a vote of 390 to 23.

Even in the polarized political environment of this 2012 election year, Republicans and Democrats in Congress are coming to the table over proposed legislation aimed at helping small businesses.

Next week, the House will vote on a Republican-proposed package of bills that could increase small businesses' access to capital, make it easier for them to go public and encourage the growth of startups.

The bill, known as the Jumpstart Our Business Startups, or JOBS, Act was proposed this week by Representatives Eric Cantor (R., Va.), the House majority leader, and Stephen Fincher (R., Tenn.), who serves on the House Financial Services Committee and on the Jobs Creators Caucus.

Among other things, the proposal includes measures that would ease U.S. Securities and Exchange Commission regulations that make it tough for a small company to sell shares in the public markets and raise capital through crowd-funding sites.

"President Barack Obama in his State of the Union address asked Congress to send him a bill that helps small businesses and entrepreneurs succeed. That is exactly what we intend to do," said Representatives Cantor and Fincher in an op-ed they penned for Politico earlier this week.

To be sure, passage in the House shouldn't be too difficult, as the JOBS Act includes six initiatives that have already received bipartisan support. A few of the bills included in the package have already passed individually by a landslide in the House. Although House Democrats -- and the White House -- have expressed support for overall package, some Democratic lawmakers criticize the measure as not going far enough.

"This clearly is not the jobs bill that we are looking for: a comprehensive, jobs-producing, jobs-stimulating piece of legislation," House Minority Whip Steny Hoyer (D., Md.) said on Tuesday in a press conference. Still, he adds, even a little bit can go a long way toward helping the nation's small businesses. "I believe our side certainly is going to join in supporting these bills, which we think will have some positive effect on small business, entrepreneurs, business formation, capital formation," added Hoyer from the House floor on Thursday.

If Republicans and Democrats continue to work together, Cantor's bundle of proposals may indeed get the green light in Congress. Here’s a rundown of what is included in this latest JOBS Act: