Companies to Watch in the Mom-and-Pop Space

Is parenthood inspiring your entrepreneurial instincts? Consider the stories of these cool companies for modern parents from a range of industries.

By Katherine Duncan March 21, 2012
This story appears in the April 2012 issue of Entrepreneur. Subscribe » 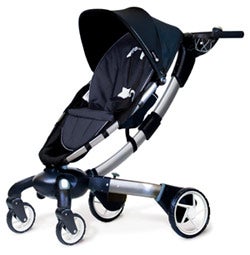 The Origami from 4moms
Photo courtesy of 4moms

Tech. Meet the Origami: the world's first power-folding stroller, brought to you by Pittsburgh-based 4moms. With the push of a button, Origami folds and unfolds, operated by built-in generators that charge as you walk. The stroller even has an LCD screen that displays the battery charge, distance walked, current temperature and a cute image that confirms the Origami "knows" a child is in the seat. (The company promises the device will not fold up and "eat" children.) This is a seriously high-tech stroller, with a price tag to match: It retails for $850.