A Roadmap to Self-Reliance for Solopreneurs

Harvey Manger-Weil's business proposition sounds like the type of wacky offer you'd find advertised in the back of an old comic book, next to the X-ray specs: A perfect score on your SAT, results guaranteed! Yet after more than two years tutoring hundreds of clients, Manger-Weil has proved his merit.

While not all of his clients score a perfect 2,400 on their college entrance exams, most of them (and their bill-paying parents) are over the moon when they jump several hundred points. More important, 95 percent of the students are accepted by the college of their choice.

A former alumni interviewer for Dartmouth, Manger-Weil was upset when he'd see smart students rejected because of mediocre SAT scores. A puzzle and code-breaking buff, he studied the test and developed techniques to "beat" it, refining his system by coaching the children of friends.

Two years ago, he launched New York-based The College Wizard, offering his services via Skype video chat. Manger-Weil's approach--reviewing clients' practice tests and giving them weekly one-on-one lessons--is time-intensive, involving the kinds of tasks that can lead to burnout for a solo entrepreneur. But The College Wizard is thriving, in part because Manger-Weil followed the advice of his college classmate and business partner, Bruce Judson.

A serial businessman and entrepreneur-in-residence at the Yale Entrepreneurial Institute, Judson is the author of several influential books, including 2004's Go It Alone! The Secret to Building a Successful Business on Your Own. In a time when the half-life of business books is shorter than a Kardashian marriage, the advice in Go It Alone! has remained popular and relevant, as business owners and wannabe entrepreneurs look for ways to hang their own shingles without the headache of partners, real estate or advisors.

Now Judson, along with Manger-Weil, has launched a new venture, Your Personal Action Plan, an online portal where clients sign up for a personalized road map based on Judson's principles of automating and outsourcing, evaluating and adapting to start a solo business. The $249 service (10 percent of proceeds benefit a charity for the homeless) helps clients determine what solo endeavor best suits them and creates a step-by-step action plan, pointing users toward online tools that can get their businesses up and running quickly and cheaply. 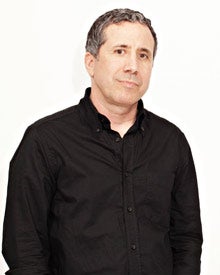 "A lot of what makes me a good entrepreneur is intuition," Manger-Weil says. "But it's also true that a lot of [Judson's] ideas helped me grow The College Wizard when I wouldn't have been able to."

When he started the business, Manger-Weil had students fax their test sheets to his home. When he found eFax software, which converts faxes to PDFs and e-mails them, he was freed to conduct sessions elsewhere. It was a simple off-the-shelf solution, the type that Judson endorses.

The impetus for Action Plan came as Judson's inbox filled with pleas from people asking for guidance on how to pull themselves out of the unemployment ditch. "Our society venerates entrepreneurs," Judson says. "But there are a huge number of people who would be perfectly happy to have a steady paycheck, go to work, go home and have a classic middle-class life. Unfortunately, right now I think there are four or five people looking for every open job.

"I really believe in the next few years people are going to have to create their own jobs," he adds. "I think at this moment in time, even if you're not cut out to be an entrepreneur, if you have a special skill, I would not reject entrepreneurship out of hand. Part of the [new] Go It Alone plan is the whole ‘teach a man to fish' idea."

Find a need and delegate
Creating a profitable solo business is a daunting task, and the Go It Alone road map to self-reliance makes no guarantees. But it does offer basic, easy-to-follow principles to increase the chances of launching a successful operation.

Judson advises entrepreneurs to focus on their strengths and delegate other tasks. When Bibby Gignilliat was featured in Judson's book, she was the jack-of-all-trades for her San Francisco-based business, Parties That Cook, which runs cooking classes as corporate team-building exercises for Fortune 500 companies. But as Parties That Cook has grown, she's been able to step away from functions like accounting and running the classes to focus on what she does best.

"My strength is in finding talent and in promotion and building relationships," she says. "As we've grown, I've found people with opposite skill sets, who are good at taking my ideas and developing them into processes and systems."

Gignilliat's company, which has grown from a solo effort to 12 employees in four cities with more than $2 million in revenue, relies on outsourcing. She contracts with an independent CFO who works eight to 10 hours a month and has built a sophisticated financial model. She checks in with an outsourced search engine optimization professional monthly to make sure she's getting the most from the web. An HR consultant she met through a local small-business association helps her with hiring.

"Two years ago, I tried hiring somebody through Craigslist. I got 200 applications, and I read through them all. In the end I hired somebody who didn't work out," she says. "This time around I hired the HR consultant to help me. She culled the résumés, brought me four candidates, and I hired two who were incredible. She was more than worth her fee."

Solo performance
These basic commands from Go It Alone! guru Bruce Judson can simplify the process of starting--and operating--a business on your own

• Act. "Always have a bias toward action," Judson says. Spend too long in the planning and mulling stages and you'll never know if your brilliant idea could have been more than a pipe dream.

• Create the work. In an office, the next task just shows up on your desk. When it is your own business, you have to go out and find it. Pick up the phone and make it happen.

• Forget perfect. Sometimes "good enough" really is all you need. "It's critical to fight the urge to use valuable time on small--and often unnecessary--improvements," Judson says.

• Reflect. At the end of each day, ask yourself, "What did I accomplish?" If you spent most of your time on menial projects or aspects of the business you don't enjoy or that don't play into your strengths, figure out if there is a low-cost outsourcing option for those tasks.

• Adapt. Make your business flexible in every way. To succeed, you need the ability to respond to input, even if it tells you the market wants something different than what you anticipated.

• Sell. One way or another, everyone is a salesperson. You succeed by articulating an idea and convincing others to adopt it, be they investors, partners or customers. Learn the best ways to get others to see your vision.

Head in the cloud
Much of Judson's advice boils down to this: Keep it simple. "Systematize everything you can," he advises. "Look at your business and see what pieces you can automate and outsource. Ultimately, every business is a repetitive system, and you need to automate that so you can spend your time doing the things that really add value."

Part of that systemization means taking advantage of the cloud. Using cloud products instead of building a custom infrastructure plays into one of Judson's golden rules, which can be summed up as: Don't hesitate, act. Using the cloud means getting your business up and running quickly, which means you can start tweaking and refining your model instead of spending months in preparation of launch. "This is something people coming from the corporate world have trouble with," Judson says. "You need to say to yourself, ‘Let's get things up and start learning,' even if you don't have everything perfected."

His strongest admonition is to never use custom software. Instead, he says, try off-the-shelf products, even if they meet only 60 percent of your needs.

Joe Strahl at Mr. Trademark is familiar with this. His trademark-search service uses free products like Google Apps and Google Chat. VoIP services let him set up local numbers across the country that filter back to his cell phone in Las Vegas. He subscribes to LinkedIn for networking and Salesforce for just about everything else. To communicate with clients who don't speak English, he uses Google Translate. "Is it exact, or grammatically correct? No. But I get the message across. That's key. I don't need a perfect translation, just basic communication," Strahl says.

Try, try again
Evolving and perfecting the business model is the next step--often through testing out various marketing and promotion tactics. Free or low-cost web-based marketing means there is minimal risk in trying out multiple e-mail and social media strategies and service offers.

Manger-Weil saw this in action. His generic online ads--"Best tutor around, private one-on-one, $1,000 web discount"--were not drawing traffic. Then Judson pointed out that the most remarkable part of The College Wizard's contract--the guarantee that Manger-Weil would work with students until they get a perfect score--did not appear in his advertising. When he tested an ad that touted that fact, billings skyrocketed from $3,000 to $14,000.

Sometimes the revision process results in a change of the key business function from the original vision. That's OK--flexibility is a hallmark of good go-it-alone entrepreneurs. In fact, Judson has seen several of his own startups morph from their original concepts into products he had never imagined. For example, he launched New York-based T1 Anywhere as a way for small businesses to upgrade to broadband services, but eventually found that his key customers were large, established companies seeking cheaper broadband options. Judson made tweaks to his company to better serve that demographic.

A low-cost, off-the-shelf infrastructure means a business can scale, retool or refocus quickly and inexpensively as new opportunities and markets arise. "People start out thinking their business is one thing," Judson says. "You need to be in a position to capitalize on a target market that be may different than the one you set out to attract."

And that's what going it alone is all about: being nimble enough to capitalize on a unique skill, a great niche business no one else has thought of or just a burning desire to control your own destiny and pull yourself out of unemployment. It's a new way of thinking for many people who have spent their lives in a cubicle.

"Solo entrepreneurs need to recognize they're in a different world and that many of the things that are important inside a large corporation are less relevant," Judson says. "You answer only to yourself. You have to make things happen."