By Jonathan Blum March 14, 2012
Opinions expressed by Entrepreneur contributors are their own. 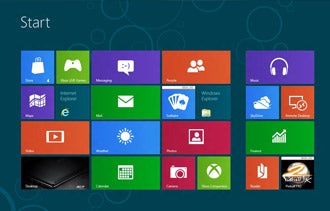 Microsoft is betting that consumers will readily adopt its graphically oriented, touch-friendly operating system called Windows 8. Windows 8's major new feature is a "Metro" user interface, similar to the square graphical design found on Microsoft's Windows Phones. So, instead of the traditional Windows or Mac desktop, users are greeted by a start screen made up of frequently used, clickable app "tiles."

But will this jazzy new interface convince small-business owners to upgrade when it comes out later this year? Here are three impressions we had after testing the recently-released consumer preview edition, with an eye toward business use:

(Full disclosure: My firm creates content for an unrelated division of Microsoft.)

1. The desktop is history.
The Metro interface steps away from the decades-old computer conceit of clicking various windows that run from a virtual desktop. Instead, users interact with square tiles that lead directly to apps.

With practice, Windows 8 can be intuitive. Business users will be able to configure screens quickly, launch documents, create spreadsheets and toggle between apps like social media and sales tools.

Related: Three Ways to Pick the Best Software for Your Startup (Video)

But the Metro approach means retraining decades of computer habits. Though users will be able to return to the traditional "desktop" mode if they so desire, using Windows 8 is a completely different experience from Windows 7 or XP.

2. Useful integration for cloud and mobile apps.
Windows 8 was impressive at syncing with mobile Windows Phone devices and the company's cloud-based office software package Office 365. Essentially anything created on one device is synced to another in real time.

And Windows 8 accomplishes this without using a completely cloud-based architecture such as Google Apps. If an Internet connection goes down, for example, you can still get work done with Windows 8. This can be especially useful for heavily mobile businesses working on smartphones or tablets.

3. Still, businesses might be hesitant to upgrade.
Windows 8 presents users with such a different experience that unless a team is starting from scratch, or it is particularly tech savvy, this OS will likely be difficult to deploy. Teams will need to relearn everything from finding where work files are located to how to troubleshoot problems.

Related: What You Need to Know About Google Apps for Business

Considering that Windows 7 is still a serviceable option and productivity gains will likely be marginal, it's possible that few businesses will want to take the time to move to Windows 8.

Bottom line: Windows 8 is an innovative operating system that's fast, stable, secure and offers mobile and tablet options. But it's such an unrelated experience to Windows 7 or XP -- or even Apple Macs for that matter -- most companies will most likely be more than happy to stand pat with the operating system they have.