Investor Lori Greiner on Her Swim in the 'Shark Tank'

By Carol Tice March 15, 2012
Opinions expressed by Entrepreneur contributors are their own. 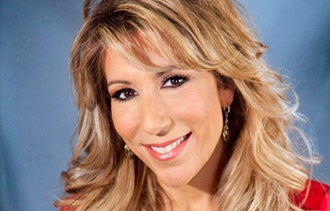 Few people know about inventing and pitching to investors better than QVC Queen Lori Greiner. In addition to sitting in for Barbara Corcoran on ABC's Shark Tank for a few episodes this season, Greiner has invented more than 350 products herself.

Greiner wrapped up her stint on the show, though an update on one of the companies she invested in will air this Friday. (ABC has ordered additional Shark Tank episodes for this season, but there's no word on which Sharks will preside over them.)

So what did she think of her fellow Sharks, and of the entrepreneur pitches she saw? What advice does she have for business owners chasing that elusive angel investment their business needs? I caught up to Greiner recently to chat about her experience. Here are her edited remarks:

Why did you want to come on the show?
I like helping people. I've achieved a certain amount of success and now I'm thinking about the good things I can do. It's about giving back and karma. I'm helping people become more successful and giving them a leg up, utilizing my 16 years of experience.

How did you hit it off with the other Sharks?
They've all been really good to me. The four guys all have great traits and are all good people. Even Kevin O'Leary -- I feel like there's a soft spot inside of him.

When you're hearing a pitch, how long does it take for you to decide to invest?
I get an instant feeling of "That's great" or "I don't think so" or "That's iffy." For retail, I often don't even need to see the product. I've been making products for so long, I have a gut feel for what is right -- what will work and what won't. I can tell instantly if it's a hero or a zero.

Two different entrepreneurs brought their kids to their pitch. What did you think about that approach?
For the show, it worked -- I think it was an asset. With the ShowNo towel, the littlest boy caught my eye and he had the cutest little face. He really did melt my heart. But that would not have clouded my judgment if it wasn't a good product. The other pitch came from, M3 Girl Designs, which was presented by two young daughters who teamed up with their mom. The girls were so impressive that they caught the interest of everybody -- being able to see somebody who was so young and yet so energized and successful.

What other factors do you consider before making a deal?
I prefer to like the people I invest in, but it's not an absolute necessity, as long as they have a good mind and I know they'll do whatever it takes to be successful. If not, I would not want to get involved with them -- and I've heard the other Sharks say the same.

Which investment from the show are you most excited about?
You'll see it this week -- ReaderREST. They hit $1 million in sales within four months of the show. It's a little magnetic pin you can hang reading glasses on and they would never fall off. He was making them out of his garage and didn't have high sales, really just starting. Now he has a warehouse and he's doing phenomenally. When he came on, he did a somersault and his glasses didn't fall off.