Commentary Should Remain the Lifeblood of Blogs

By Mikal E. Belicove March 15, 2012
Opinions expressed by Entrepreneur contributors are their own. 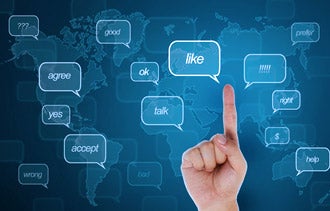 At SXSW 2012 in Austin, Texas, Denton -- whose media empire includes such popular blogs as Gawker.com, Lifehacker.com and Gizmodo.com -- reiterated his disdain for allowing just anyone to comment on his company's blog posts. He says comments have become so caustic and toxic of late that he's again considering only allowing a pre-selected group of people to comment on them.

This from a media mogul who describes his own blogs as "the definitive news and gossip sheet for entertainment, media and business."

It's true that some comments naturally carry more weight -- for instance, if they come from a knowledgeable person or expert -- while others offer vital counterpoints that add to the conversation. But tamping down on the ability for readers or customers to freely provide feedback is a sure fire way to kill the credibility of a brand.

For Denton's Gawker Media, in particular, controversial posts appear all day long and they attract countless comments from avid readers who want to voice their own opinions, relate similar experiences or suggest a solution to whatever is being addressed. I would argue that this back and forth amounts to nothing more than the lifeblood of his business.

Related: Need Ideas for Your Business Blog? Here Are 50

Still, Denton contends the majority of commentary from readers is off-topic at best and mean-spirited at worst. And he's looking for a way to control that content. His complaint is that mediocrity has overtaken blogs, trafficked by would-be scribes with nothing better to do than add chaos and reduce the impact of comments from those with more valuable contributions.

He's thinking the solution to this overabundance of participation by his readers might be to employ commentary only from experts who are approved beforehand to opine on published blog posts. He dismisses suggestions that those who want to comment should register with the site first -- a solution I believe would reduce much of the venom. And he dismisses the notion of an "up" or "down" vote on comments, claiming his blogs are not a democracy.

The problem with Denton’s thinking is this: Limiting commentary on posts appearing on a blog to "experts" -- those nebulous authorities with approved thoughts on a post-by-post basis -- spurns the intent of blogs in the first place. Plus, it stinks of an elitist approach that projects, "look, but don't touch."

For those with business blogs that contain too much rambling commentary or toxic remarks, my suggestion is require readers to register before comments are accepted. This is a fast and easily automated process and would hold those participating accountable for their comments.

Another solution might be to persuade four or five people that you know in your field to make a habit of regularly contributing comments on posts that appear on your blog. Such contributions could go a long way in fostering additional on-target commentary.

How do you go about improving the commentary on your own business blog? Let us know in the comments section.