What the SEC Crackdown on Secondary Markets Means for Startups 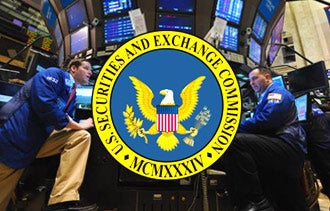 Before Facebook filed papers for an initial public offering, it was already trading in secondary markets -- where insiders at hot tech start-ups can sell their shares to investors hungry to get in -- such as SharesPost and SecondMarket. In fact, prior to its filing, that secondary market was valuing the social network at around $75 billion.

Most of the startups out there will never see that kind of valuation on these secondary markets. And only a slightly higher percentage of the total will even trade there. But like anything that seems too good to be true -- that is, getting your hands on shares of Facebook before it goes public -- these secondary markets have their flaws. After all, anyone buying shares through them won't see the kind of detailed financial reporting that the Securities and Exchange Commission demands of public companies.

What's more, the ability for the SEC to police companies that aren't public is also limited. That failing came to light recently, as the SEC disclosed that some of the brokers that buy and sell shares on these secondary markets allegedly hid extra commissions they charged investors who wanted a piece of Facebook Inc., Twitter Inc. and other social-media companies.

In this case, the SEC charged Frank Mazzola of Felix Investments and Facie Libre Management Associates of earning secret commissions on the sale of Facebook shares and stakes in the funds, in addition to the 5 percent commissions disclosed to investors, according to a report in The Wall Street Journal.

Related: What Facebook's IPO Means for VCs and Entrepreneurs

Mazzola and two other Felix employees must pay a total of $330,000 for allegedly breaching the rules on how investments can be sold in their promotion of the Facebook funds. Finra alleges that Felix pitched its secondary-market funds to at least 1,000 people through a mass email.

As far as startups go, the SEC crackdown on these abuses doesn't mean much. That's because there are probably fewer than five startups that already have enough buzz to create a feeding frenzy for investors before their IPO.

Related: How to Sell Shares Without Going Public

For most startups, these secondary markets have no value as a source of capital.

A better solution would be to rebuild public confidence in the IPO market by enforcing standards for companies that list on the exchange. When money losing companies go public at exorbitant valuations and then crash six months later, the experience sours investors.

But if the SEC required companies to be profitable before going public and to sell shares at a reasonable valuation, then the prices might rise in the after-market and create opportunities for individuals to profit from investing in them.

And this could create a virtuous cycle that would revive the market for venture financing of startups that has been broken since 2000.

How do you think the SEC's crackdown on secondary markets will affect startups? Let us know in the comments section.