Without the Health Law, Reforms Could Stick

By Diana Ransom March 23, 2012
Opinions expressed by Entrepreneur contributors are their own. 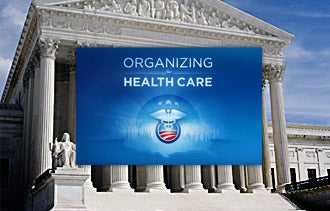 Like it or not, health-care reform has changed the way Americans get coverage.

The Supreme Court will next week hear arguments on the constitutionality of the Affordable Care Act, the landmark health-care reform bill that President Barack Obama signed into law in 2010. The issue that the High Court will debate isn't whether the U.S. government should offer citizens health insurance, but that it mandate coverage.

Among other things, in 2014, the law requires employers with more than 50 workers to offer health-insurance coverage, lest they pay fines of up to $3,000 per employee per year. For companies with 50 employees or fewer, they're exempt from the mandate.

Critics of the law include Congressional Republicans, business-advocacy groups like the U.S. Chamber of Commerce and the National Federation of Independent Business, which is also a plaintiff in the case. Many say that the health-care law is too expensive and it puts small businesses at a disadvantage because, as they claim, health-care costs will rise under the law.

"The [health-care] law is one of the greatest government threats ever to face small-business owners," Dan Danner, the president and CEO of the NFIB said in a statement released yesterday. "It is yet another Washington grasp, widening its control over the rights and freedoms Americans enjoy."

Though these groups would no doubt cheer if the Supreme Court moved to repeal the health law in the coming days, some insurance experts suggest that no matter how the court rules, many of the law's provisions aren't going anywhere.

"Even if the health-care law goes down in flames… some of the popular changes that have taken place because the law was passed could be difficult to undo," says Sam Gibbs, the president of eHealth Government Systems, the Mountain View, Calif.-based division of eHealth Inc. that provides the back-end technology for a number of the state exchanges. "Every state may not have a government exchange or subsidies, but many of the changes that have already taken place are likely to stay in place."

Here are a few of the provisions that Gibbs thinks have a good chance of sticking around even if the Supreme Court rules against the health-care law:

Regardless of the provisions that could remain, Susan L. Combs, president of Combs & Co., a health and property insurance brokerage in New York, wonders whether you can keep some of the health-care reforms without others. "In my opinion, whether you think it’s constitutional or not to mandate [health coverage], it is necessary from a sheer risk standpoint," she says. "Insurance is all about managing risk, if you do not have a diverse risk pool to work with, then it’s doomed. You need the young 22-year-olds that tend to not have any health problems to help balance out the 60-year-olds with diabetes and cancer."