Learning to Network: Organized Study vs. Winging It

By Ivan Misner March 29, 2012
Opinions expressed by Entrepreneur contributors are their own. 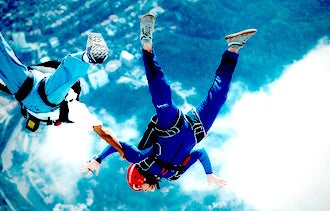 My colleagues and I, as co-authors of the new book Business Networking and Sex – Not What You Think, thought it would be interesting to see if men and women acquire networking skills in different ways. So in one of our surveys, we asked participants how they learned to network.

Most respondents--both men and women--cited multiple ways. More than one-fourth said they had been mentored, which is widely considered one of the most effective ways to learn anything. Almost half said they had learned on their own, but many of them also participated in networking groups or read books and articles. In fact, more than three-quarters of respondents cited their use of networking groups. Which isn't surprising. Such groups often provide training programs and materials. Their popularity also illustrates the old wisdom of learning by doing. Many people learn fastest by watching others, making mistakes and correcting them.

As for differences by sex, more women than men said they had learned networking in structured ways, such as classes, networking groups and mentoring arrangements. Men, in contrast, were more likely than women to work on their own to become better at networking. Many men, it seems, just like to wing it.

It isn't surprising that many men prefer to learn on their own. After all, they start gaining networking skills at their father's knee from the day they're old enough to understand male bonding and relationship building. Participating in sports also is often key to building networking skills, and college fraternities remain a strong business network long after men have graduated. Of course, many men also do business on the golf course and talk business over beers while watching sports.

Women, on the other hand, tend to have fewer of those networking opportunities. Their sororities traditionally have been more about dating and social service than connecting in the business world. Women also are less likely to bond at a sports bar or on a golf course.

But things are--or should--be changing for women, as Hazel Walker, one of my co-authors, observes: "We can teach our daughters the importance of networking. When our daughters go to school, leave home, go to college and get jobs, they will have the advantage of having been taught the skills that are naturally passed on to boys. More women and moms are in the business world than ever before, and they should pass that business acumen on to their daughters, as fathers do to their sons."

Regardless of how much men or women believe they know about networking, there will always be much more to learn. Networking and referral systems are always evolving, and both men and women should work together and take full advantage of every networking opportunity that comes their way.